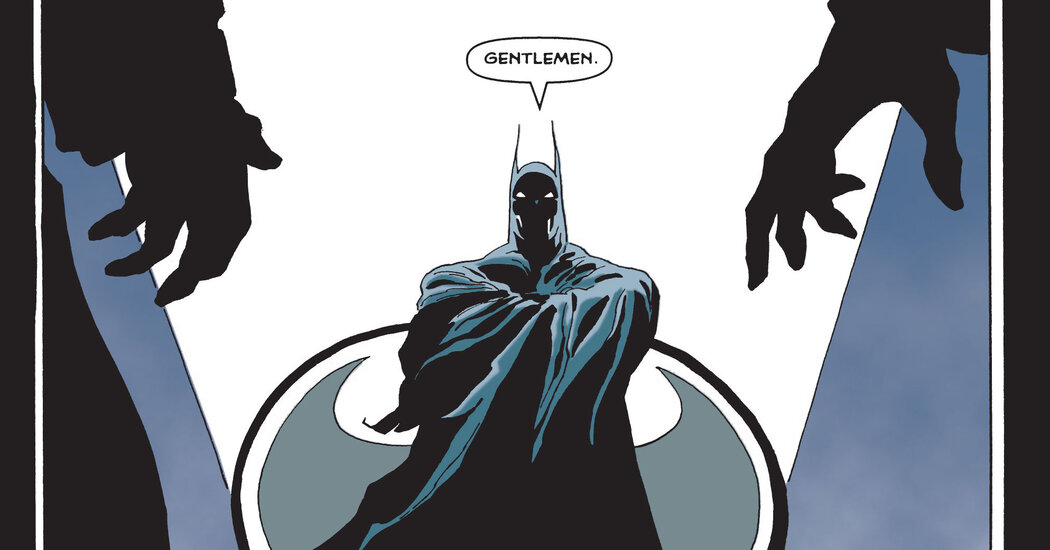 Tim Sale, an award-winning comic artist best known for his work on DC Comics characters Batman and Superman and for influencing portrayals of the Caped Crusader in numerous films, died Thursday in Seattle. He was 66 years old.

His death, in a hospital, was caused by kidney failure, said Richard Starkings, a friend and colleague.

Many of Mr. Sale’s most notable series were collaborations with writer Jeph Loeb, a partnership that began in 1991. Together they told the story of Batman in “The Long Halloween,” a murder mystery set in the hero’s early days, as Gotham City has been overrun by gangsters and villains. The team also explored Clark Kent and his evolution from farm boy to superhero in “Superman for All Seasons.”

Batman’s adventure was moody, filled with eerie, stark shadows that heightened the creepiness of villains like Calendar Man, Joker, and Scarecrow.

Superman’s story evoked Norman Rockwell’s paintings of an idyllic time, with the main character enjoying quiet times with a childhood sweetheart, his dog, and his adoptive parents.

“Tim Sale was an incredible artist, cartoonist, and storyteller,” DC Comics Creative Director and Publisher Jim Lee wrote in a Instagram post. “Beyond the tense chiaroscuro style that has become his trademark. Tim has a clear focus on storytelling, clarity and pacing – treasuring emotion above all else. His stories were beautifully visceral, nuanced and showed a deep humanity. Tim simply had no use for surface banality.

Filmmakers Christopher Nolan and Matt Reeves, who have both made “Batman” films, have cited “The Long Halloween” as inspiration. In an interview with the site batman world, Christian Bale, who played the character, discussed the influence of “The Long Halloween” and a sequel, “Dark Victory.” They had “really fantastic images,” he said, “and I would kind of emulate those positions.”

In a telephone interview, Mr Loeb said: ‘Tim was much more interested in capturing the little moments. When people traditionally think of comics, it’s biff-bam-boom. He could draw the biff-bam-boom, but it was the quiet moments that made him extraordinary.

Timothy Roger Sale was born in Ithaca, NY on May 1, 1956, and grew up in Seattle. His father, Roger Sale, was a literary critic. Her mother, Dorothy (Young) Sale, was a feminist political activist.

He is survived by his mother; his sister, Maggie Sale; and his partner, Susan Bailey.

Mr. Sale studied at the University of Washington and the School of Visual Arts in New York, but did not graduate. “He really wasn’t cut out for it,” said Mrs. Sale, his sister. But he did complete the John Buscema Art School, which was advertised in the pages of Marvel Comics and held in a New York City hotel for a short time in the 1970s.

“It paved the way for him to work as a comic book artist,” said Mr Starkings, who wrote and curated the images for ‘Tim Sale: Black & White,’ a retrospective of the artist’s work. published in 2004.

“Tim always said he loved working with icons,” Mr. Starkings said, and he got to draw a lot of them. For Marvel, the Loeb-Sale team produced comic books focusing on the early or pivotal years of the lives of Captain America, Daredevil, Hulk, and Spider-Man.

“I would say what ties all of his work together is that it’s timeless,” Mr. Starkings said. In “Daredevil: Yellow,” for example, the hero’s love interest resembles Grace Kelly.

Mr. Sale and Mr. Loeb’s partnership began with an eight-part Challengers of the Unknown story for DC Comics, but it would extend beyond publishing. Mr. Loeb was executive producer of “Heroes,” the NBC series, which aired from 2006 to 2010, about everyday people discovering superpowers. Mr. Sale’s artwork has been used frequently in the series, depicting visions of the future as seen by one of the main characters.

Last year, “The Long Halloween” was adapted for a two-part animated film from Warner Bros. HomeEntertainment.

Although the two men are best known for their work on Batman, Mr. Loeb said a scene drawn by Mr. Sale for “Superman for All Seasons” was a favorite.

“There’s a moment when Clark leaves for Metropolis, and he goes out to see Pa Kent on the pitch” looking up at the sunny sky, Mr. Loeb recalled. “He said to Dad, ‘Do you ever get tired of watching this?’ Pa said, ‘No. Never had. I guess I never will. And that’s kind of how I feel about his works.