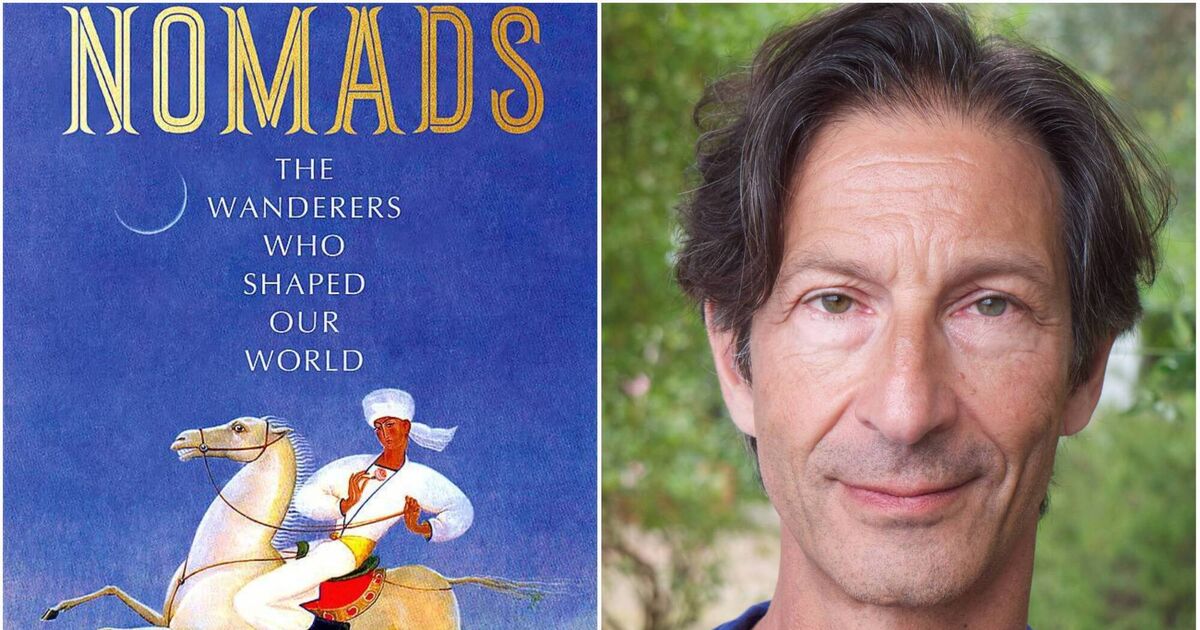 The wandering spirit that is the foundation of civilization

Anthony Sattin’s website describes it as a cross between “Indiana Jones and a John Buchan hero”. He is also one of the main influences on travel writing today. Visualize a beautiful, sunburned, rock-faced hero whose journeys take him to exotic worlds, discovering lost cultures, revealing gems of history that shed new light on human history.

A seasoned traveler and storyteller, whose fiction has appeared in magazines and anthologies, while his prolific non-fiction work includes the search for Timbuktu that has become The gates of Africaand the highly acclaimed A winter on the Nile retracing the fascinating parallel voyages to Egypt of Florence Nightingale and Gustave Flaubert. He is also the author of Young Lawrencean excellent, revealing biography that explores the complicated character of young TE Lawrence, son of the Anglo-Irish aristocracy better known as the enigmatic desert hero Lawrence of Arabia.

Sattin earned his credentials as a modern leader in travel literature, up there with the likes of the late Bruce Chatwin, Colin Thubron and William Dalrymple among the greats. This versatile author, broadcaster and journalist is a Fellow of the Royal Geographical Society, editorial adviser to Geographical magazine and also editor of the luxury glossy magazine. Conde Nast Traveler. He had access to Bruce Chatwin’s unpublished book on nomads to write this story.

Described as the groundbreaking story of nomadic peoples on the move through history, Nomads is a monumental, comprehensively researched work that aims to explain nomadism, its significance, rise and decline over the centuries to the smallest details.

Sattin explores the depths of antiquity, also drawing on his own experience, having lived and traveled in the Middle East and the Arab world, to relay the important role played by wandering peoples through the ages.

He wonders why their contribution has been ignored and forgotten for decades. But as we know, prejudices and suspicions about wanderers, their lifestyles and their “otherness” color the opinions of society and upset their comfort zone. We need look no further than discrimination against Indigenous peoples from the remotest parts of Canada to the hot plains of the United States, elsewhere in the world, or even in our own community of travelers for answers.

Nomadic Mongol khans built their empire across Eurasia and favored and controlled the routes that connected China to the Mediterranean. Long ahead of their time, these nomadic peoples had created open markets and global commerce, championing movement and migration.

“They redistributed capital to create new businesses and help old ones thrive,” Sattin writes. “And they stood for freedom of conscience and a specific but limited type of democracy.”

Yet, he writes, by the 17th century, the Mongols in particular and the nomads in general had disappeared from European vision. Samuel Johnson’s first English dictionary published in 1755 chose to omit the word nomad from his great scholarly work. When the word nomad finally appears in the 1827 edition, it is with the negative connotation of “coarse, savage; homeless”.

“For most of our history, we humans have lived on the move, which is why most of our world, our culture, what we call civilization, has been shaped by nomads,” writes- he. “Our activities are all related to journeys, from the first out of the womb to the last in the grave, and evolution has really taken us on a journey.”

One of the best quotes in the book is from the French poet Arthur Rimbaud who wrote “I had to travel, to distract the enchantments gathered in my brain”.

By delving into nomadism – about as far back as the Garden of Eden – we are taken on a journey of their contribution since the beginning of time. Wanderers built the first great stone monuments at Gobekli Tepi in present-day Turkey, 7,000 years earlier than the pyramids.

Many other examples of their accomplishments have been documented. They are first credited with dressage of the horse, creation of infallible complicated weapons, understanding and use of science, composition and love of poetry and storytelling.

Early nomads were multicultural and tolerant of other religions, favoring trade and commerce while moving freely in contact with worlds beyond their own. Stattin notes, “We’ve tracked the accomplishments of some of the greatest empires and cultural flourishes the world has ever seen, and we now know that nomadic empires are more than just tents and herds, smashed walls and pyramids of skulls. .

The nomadic gene has been identified in children and adults with ADHD. “In a nomadic environment, someone with this gene variant can better protect herds from thieves or find food and water. Some older people find it difficult to sit still and stay happy within four walls,” writes Sattin: “If that’s you, maybe that’s something you can explain in relation to genetics. It’s also something you can blame for evolution because 12,000 years ago, before a group of us got together and started building monuments in Gobekli Tepe, we lived all a wandering life where this genetic variant, and the diverse set of thoughts and responses it seems to encourage, were useful, perhaps even essential for survival.

We settled to live in our cities and towns, crammed into urban and rural communities. But there is always the nomad that slumbers in many of us. Who hasn’t sometimes dreamed of hitting the road, the promise of a new city, a new landscape, a different life or the next partner? Nomads, on the wanderers who have shaped our world will become a key to understanding.

Home prices in the United States end the first half of the year on a high note, homegenius home price index reveals