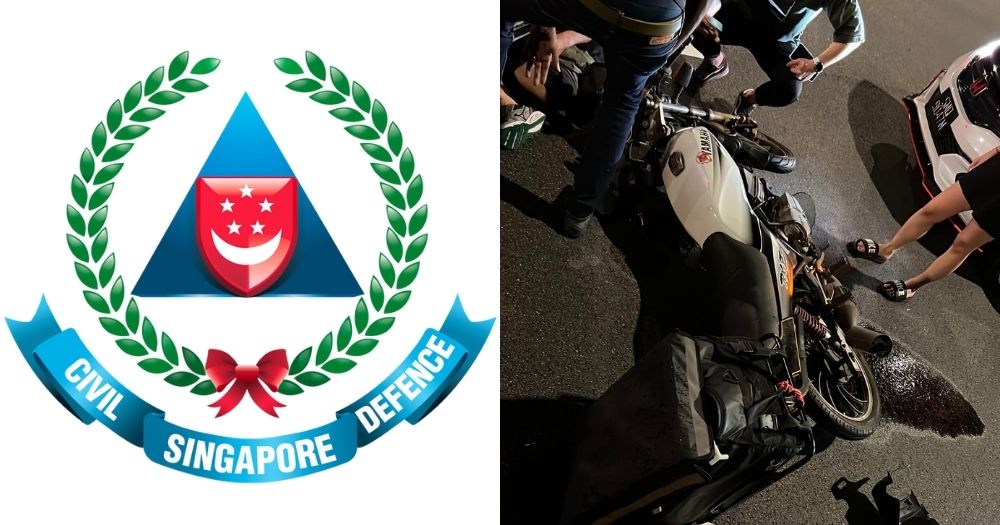 SCDF responds to claim 995 call operator hung up on woman, says paramedic was ‘calm and polite’ throughout – Mothership.SG

Follow us on Telegram for the latest updates: https://t.me/mothershipsg

On May 8, a person in Singapore took to Facebook to express his displeasure, claiming that a 995 call operator hung up on him.

The complaint was attributed to a certain Pam Kaur, who admitted to criticizing the operator after the latter called back to ask for information.

On Saturday May 14, the Singapore Civil Defense Force (SCDF) responded to the allegations and clarified what happened.

In a Facebook post (this is a repost) which has since been deletedKaur said he witnessed a crash between a Volkswagen Sirocco and a motorcyclist along the Central Freeway (CTE) around 2:40 a.m. on May 8.

She then called 995 for assistance, and the first responder asked her for their location and the number of the lamp post closest to them.

Kaur claimed that the first responder then called her back to ask for the streetlight number again, which she found “infuriating” as it indicated a “lack of urgency and stupidity”.

She then snaps at the operator, saying that “by the time the ambulance arrives on the scene because you have a listening problem despite my clear instructions, the biker would be dead”.

Kaur alleged that the operator – whom she called a “bone head” – then told her: “I don’t like your tone. I don’t like the way you talk to me”, and hung up .

She expressed her anger at the speaker’s alleged actions:

“Why the hell do you think your ego and your pathetic feelings would matter more than the man who needs IMMEDIATE medical attention? to deal with frantic calls that can sometimes involve people losing patience with you?”

In a later edit, Kaur added that a report had been made of the incident through a relevant channel, and that she hoped the first responder involved would be “retrained” and reminded to “remain calm and kind in all situations” at work. .

In a Facebook post On Saturday May 14, the SCDF shared a statement clarifying what happened that night, saying it was taking “a serious view” of the comments.

An investigation was immediately launched to understand what had happened, including reviewing tapes of the conversation between Kaur and the SCDF officer.

According to the SCDF, this is what they found.

The caller reported an accident along the PIE before exit 8B

On May 8 at 2:37 a.m., the SCDF’s 995 call center received a call about a traffic accident between a car and a motorcycle.

The caller reported the location to be along the Pan-Island Expressway (PIE) toward Changi before Exit 8B.

The call center operator repeated the reported location for the caller to verify, then asked for more details, including the nature of the motorcyclist’s injuries and the number of the streetlight closest to the accident.

The operator then told the caller that the ambulance was on the way and expressed his thanks.

However, the dispatched SCDF ambulance was unable to locate the accident based on the information provided by the caller, along the PIE to Changi before exit 8B.

The paramedic from the ambulance then had to call the caller to verify the number of the exit and the street light as these are “essential reference points”.

“This appeared to frustrate the caller who made sarcastic remarks towards the paramedic,” the SCDF statement said.

The paramedic responded to the caller saying she was not comfortable with the caller’s tone. The paramedic then “disengaged from the call to focus the crew’s attention on the location of the accident”.

SCDF then received a report from another caller of the same accident and was able to locate the accident along the CTE towards the Seletar Freeway (SLE), before the PIE exit.

The SCDF ambulance that was dispatched for this call arrived within eight minutes and transported a man to Tan Tock Seng Hospital.

There were no other crashes around the initial location reported by the caller, or the actual location, during this time, SCDF said.

During the SCDF’s review of the case, they found that the call center operator who received the first call dispatched the ambulance based on the caller’s initial information – along the PIE to Changi before exit 8B.

Regarding the second call, the SCDF said audio recording from an on-board camera inside the SCDF ambulance revealed that the paramedic remained “calm and polite” with the caller throughout. , even when she said she wasn’t comfortable with the caller tone and then ended the call.

SCDF has established a sound procedure for 995 calls

The SCDF said it praised the civility of callers who stopped to offer help and call 995 after witnessing the crash.

“We would like to emphasize that it is an established and robust procedure for 995 call center operators to ask callers for key information such as important landmarks, building names, highways, road names and street lamp numbers, especially when there is no specific address.

Sometimes we may also need to clarify information further, especially when our responders are unable to locate the reported incident. We seek the public’s understanding and patience on this.”

The SCDF added that members of the public are encouraged to call 995 using SCDF’s myResponder mobile app to assist in the accurate deployment of SCDF resources, as the app has geolocation technology to automatically determine the location. from a caller.