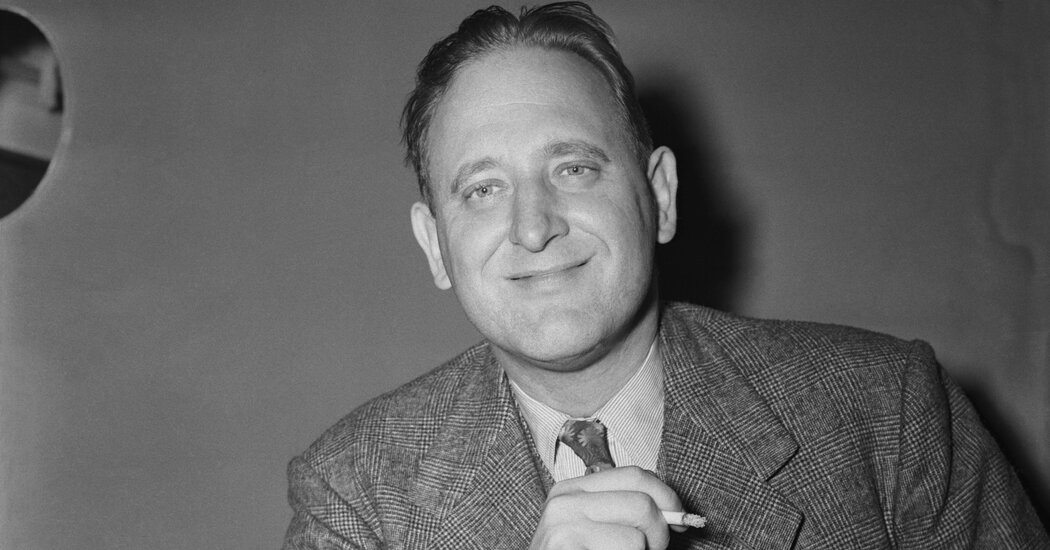 Robert Gottlieb on the man who saw America (and we mean, all of it)

“Segregation… has an aspect that is sometimes overlooked, namely that thousands and thousands of good white citizens never have any contact with blacks except with domestic workers and service trades; … Whites and blacks with similar professional interests hardly ever meet. There are 55,000 black college graduates in the United States. Most whites in the South have never seen one.

“About a million negroes entered the armed forces [during the war]. Many were treated decently and democratically by whites for the first time in their lives; the resulting fermentations were explosive. … A famous remark is that of the black soldier returning from Okinawa across the Pacific. ‘Our the fight for freedom, he said, begins when we arrive in San Francisco.

Knoxville is “an extremely Puritan town, serves no alcohol stronger than 3.6% beer, and its more worthy taprooms close at 9:30 pm; Sunday movies are prohibited and there is no Sunday baseball. Maybe that’s why it’s one of the less orderly cities in the south – Knoxville leads all other Tennessee cities in homicide, auto theft and theft.

Governor Arnall of Georgia told Gunther that “speaking to Mr. Roosevelt one day, he remarked, ‘We don’t really have a problem with black people in the South; it is the white agitators of the Nawth that are causing trouble. Mr. Roosevelt (who liked him) turned to him with that well-known wink: “You mean, Eleanor? “

A Navajo chief whom Gunther met “is now 85 years old and has held this position for 61 continuous years, although not a Navajo by birth.” His father was killed by looters as early as 1862, and he does not know who his mother was. But his own son went to Harvard, married a white girl, and is now an Indian Bureau official. I don’t know of a more stimulating example in America of the variety of experiences a man has in a lifetime.

No other country, says Gunther, “could have titles like WAR WITH JAPAN PERILS WORLD SERIES… or the sign on the Success Cafe in Butte in 1932, EAT HERE OR I’LL VOTE FOR HOOVER, or another title, that of ‘a New Yorker. tabloid about a woman who will soon be electrocuted, SHE WILL BURN, GRAY, FRY! “

What drives Gunther’s amazing energy, focus, and recall is his almost insane curiosity. “Inside USA” is a voyage of discovery for him as much as for us, and after more than 900 pages, his curiosity is unfulfilled, because he regrets all that he has not been able to explore and reveal. “There is nothing in this book, and now it’s too late to put it, about how planes spray DDT on trees in Oregon or why Pullman sinks have the water faucet so close.” . … I didn’t even mention that there were 72,000 GIs named Smith… or kids in scarlet mufflers patting their scarlet mittens and listening to Santa Claus in the snow in a public square in Vermont; or college fraternities and sororities and their adolescent torments; or the isolated red stations and their greased water towers and switches in northern Minnesota; or people as authentically a part of the American scene as Little Orphan Annie, Terry and the Pirates, Blondie and Superman. And so on. You can feel him mourning the fact that he has not yet 900 pages to fill.

And then there is America’s future to contemplate. “There is no valid reason why the American people cannot craft an evolution in which freedom and security are combined,” Gunther concludes. “Strangely enough, it’s sooner, not later, than you might think. The fact that a third of the nation is poorly housed and malnourished is, in fact, less of a disgrace than a challenge. What Americans need to do is expand the dimensions of the democratic process. This country is, I heard it once said, absolutely ‘bad in size’ – with not only the greatest responsibilities, but also the greatest opportunities ever known to man. “Finally,” Within the United States.”Is the involuntary story of a man falling in love with his crazy and wonderful country.

The wolf is back: Big Bad Wolf 2021 e-book sale opens this week