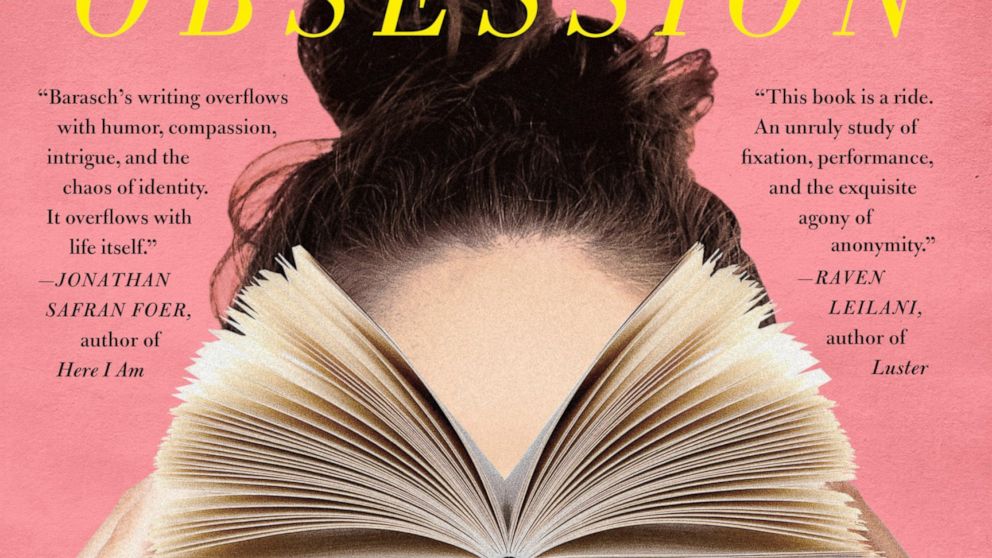 Friendship, love, jealousy, obsession. They seem quite distinct, but what happens when these experiences start to blend?

Caitlin Barasch’s first meta-novel, “A Novel Obsession,” is a chaotic exploration of these relationships and how art blurs the line between them.

Naomi Ackerman is about to turn 25 and still hasn’t written her first novel, much to the disappointment of her aging grandmother and writer. Aside from a dodgy pseudo-relationship that ended years ago, Naomi has nothing to write home about.

Convinced that a good boyfriend-girlfriend experience will give her the perspective she needs, Naomi finds Caleb – a smart, sweet man who offers a healthy relationship. But where is the inspiration in inner stability?

When Caleb mentions that his ex-girlfriend tried to contact him, Naomi’s natural curiosity quickly turns into an obsession, escalating from casual internet searches to implantations. Her excuse: Rosemary will be Naomi’s missing inspiration for her book.

It’s simply character research, all in the name of the art of writing, but the more Naomi learns about Rosemary, the more she has to confront her own repressed demons.

On a surface level, Naomi is boring, self-absorbed, and completely caught up in her own narrative. But it is also conflicting, round and relatable. She is afraid of death and how people avoid those who die, even though she herself does it to her grandmother. She is proud of her family and her successes but also jealous. All in all, she is empty and looking for something to fill her void.

The most relevant part of Naomi, however, is her obsession with Rosemary. Barasch makes Caleb’s ex the most attractive and interesting person you wish you didn’t know.

Barasch has created a nesting doll from a novel: it’s a fictional story of a writer writing a fictional story — in which she sometimes has to write a fake version of her novel — written by a real fiction writer whose life presents many striking resemblances to the real-life novel.

“A Novel Obsession” is unsettling, but that’s surely what a reader wants when they pick up a novel about a woman who stalks her boyfriend’s ex. Barasch has a knack for balancing discomfort and empathy, pushing the reader away and pulling them back. It’s hard to relish a book with confidence when it feels like it allows for unhinged behavior for art and entertainment, but the characters are emotionally engaging, beckoning you to avoid the inevitable train wreck.

Splendidly rich descriptions and eerie unexplored nuances create unrequited anticipation throughout the novel. Like Naomi, I wondered, “Where can you go from here to have a satisfying ending?” The novel’s vague hint of resolution responds, “You don’t.”