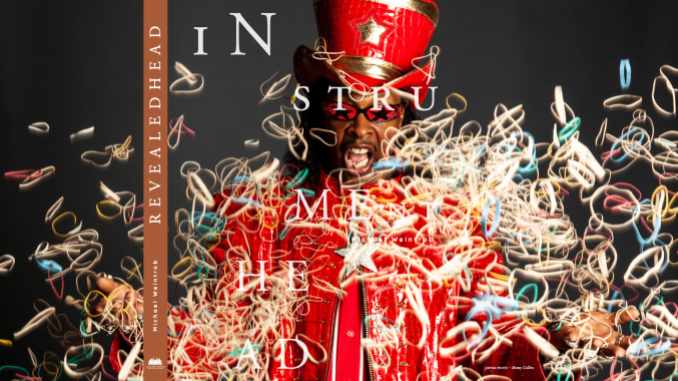 In 2017, photographer Michael Weintrob published Instrument head, a book featuring portraits of various musicians whose heads have been replaced by the instrument for which they are best known, including Bootsy Collins, Mickey Hart from The Grateful Dead and hundreds more. Powered by the idea that “this is where the heads of musicians really are,” the portraits were highly regarded, with Weintrob creating immersive gallery experiences for them to hang out around the world.

Now Weintrob has announced a crowdfunding campaign for a follow-up, Instrument head: Revealed, which features full portraits of artists whose heads have been replaced in a style that matches the individual’s sonic or aesthetic identity. Billed as’ a key to the original [book]These new shots complement not only the talent of each artist represented, but also the human vulnerability that lies beneath. The campaign runs from June 22 to July 22, with the pledge that $ 3 from every book sale will be donated to the New Orleans Musician’s Clinic, the premier organization that provides medical services to musicians, performers and other service workers. cultural events across the country.

Weintrob says of Instrument head: Revealed: â€œI like to connect and break down walls with my photography. Everyone has the capacity to become a child again. This book is really special because we unmask the original photos. The book reflects the new energy of this year.

Along with the campaign, Weintrob also announced the â€œConcert Series Revealed,â€ a free stream scheduled by the photographer and filmed at his Nashville studio. Running the same duration as the campaign itself, the series can be shown here, with the full schedule available as well. Below, check out the campaign trailer, as well as the book cover. You can pre-order Instrument head: Revealed here.

It’s time to have some Jack-o-Lantern Jubilee fun with free pumpkins!