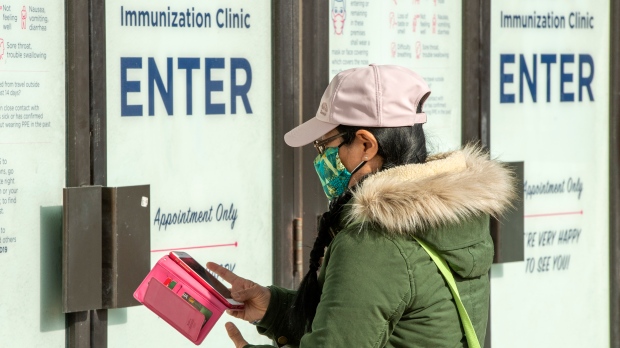 Ontario health officials are reporting 3,453 new cases of COVID-19 on Tuesday as the province reaches a new third-dose vaccine milestone.

On Tuesday morning, Health Minister Christine Elliott said on social media that about two million Ontario residents had received their booster shots. Eligibility for the third dose opened to all adults over 18 on Monday.

In addition to the new cases reported today, authorities have recorded 11 new deaths. However, the province also removed one death from the running total due to the odata cleanup, bringing the total number of COVID-19-related deaths in the province to 10,123.

With 49,285 tests processed in the past 24 hours, the Department of Health says the positivity rate in the province is around 9.9%.

Health experts have noted that the number of COVID-19 infections identified in fully vaccinated individuals will naturally increase as more people receive their two vaccines. Vaccination reduces the risk of severe symptoms related to COVID-19 as well as hospitalization.

The province said at least 412 people are hospitalized due to COVID-19. Of the patients hospitalized in the past 24 hours, 145 were unvaccinated, 12 had unknown vaccination status, and 109 were fully vaccinated.

Officials say 165 people are in intensive care due to COVID-19.

The province estimated that 1,332 more cases of the virus were resolved on Tuesday, bringing the number of patients recovered in Ontario to 621,355.

Today’s report brings the total number of laboratory-confirmed cases in Ontario to 657,180, including deaths and recoveries.

WHERE ARE THE NEW CASES OF COVID-19?

According to the province’s epidemiological report, of the 3,453 new infections reported on Tuesday, 470 cases have been identified in children under the age of 12.

As of Tuesday, 211 COVID-19 infections were discovered in schools across Ontario. Of the infections found in schools, 173 were recorded in students, 30 in staff and eight in unidentified individuals.

There are 1,248 schools with at least one confirmed case and 10 schools are currently closed as a result.

The province reports that 11,367,446 people in Ontario have received both doses of a COVID-19 vaccine and are now considered fully immunized against the virus.

In the past 24 hours, authorities said 206,595 doses of the vaccine were given to residents of Ontario.

Just over 25.6 million doses of the vaccine have been administered in the province since deployment began last year.

Check out Samsung’s winter sales: the best and best last-minute deals for shopping before Christmas

Vaccination of children is slower than that of adolescents, but few report adverse…