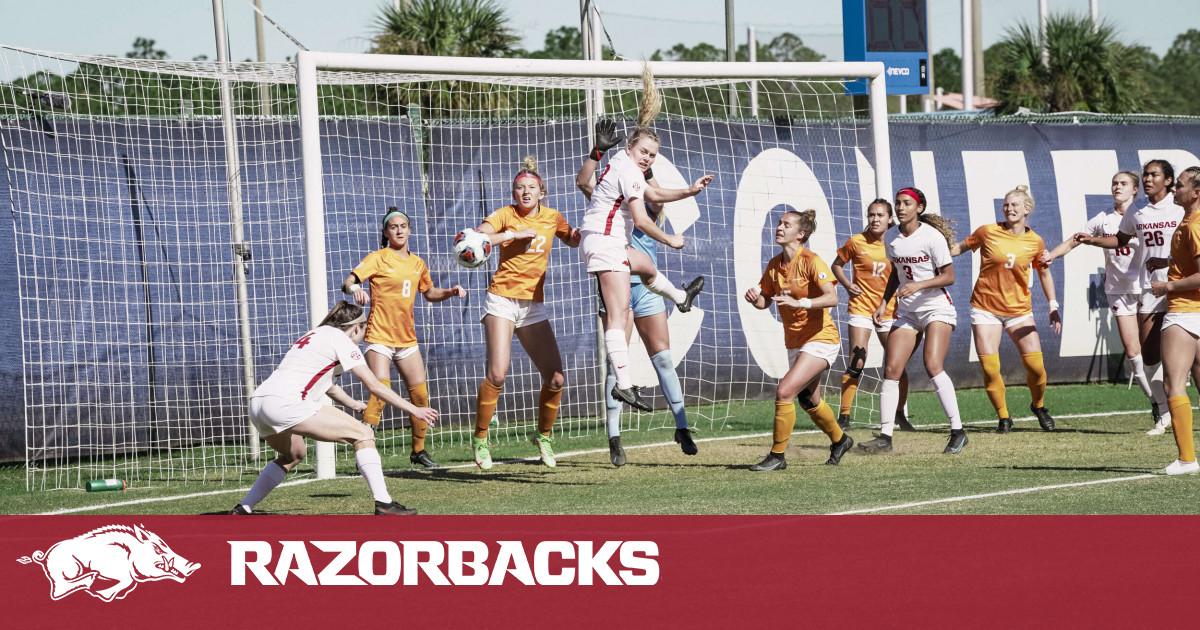 No. 5 Hogs Fall in the SEC Tournament Final

McKeon tied for the team lead scoring two goals in the tournament, both in the semi-final win over Auburn. VanFossen played all nine minutes of the tournament in the Hogs backline, while Goins took 10 shots and assisted forward Anna Podojil’s opening goal against LSU.

The Vols took a lead late in the first half in the 43rd minute with a score from defender Wrenne French after she headed after a corner from Hannah Tillett.

Tennessee doubled their lead at 51st minute with a tournament goal MVP Jaida Thomas. The final goal came from Tillett in the 68e minute to put it away.

Here he is from Coach Hale

“First off, congratulations to Tennessee. We played with a little weight on our shoulders, I wish we hadn’t. The good news is, this is Orange Beach. We won the championship on the spot, we went to another final and we are well positioned for our real goal of qualifying for the Final Four. It stings and it will last a day or two. We will regroup and we will be ready for whatever our opponent is in the first round.

The Razorbacks will learn of their NCAA tournament draw on Monday, November 8 at 3:30 p.m. CT. The selection show will air on NCAA.com.

5 good reasons to book Mexico for this winter travel season