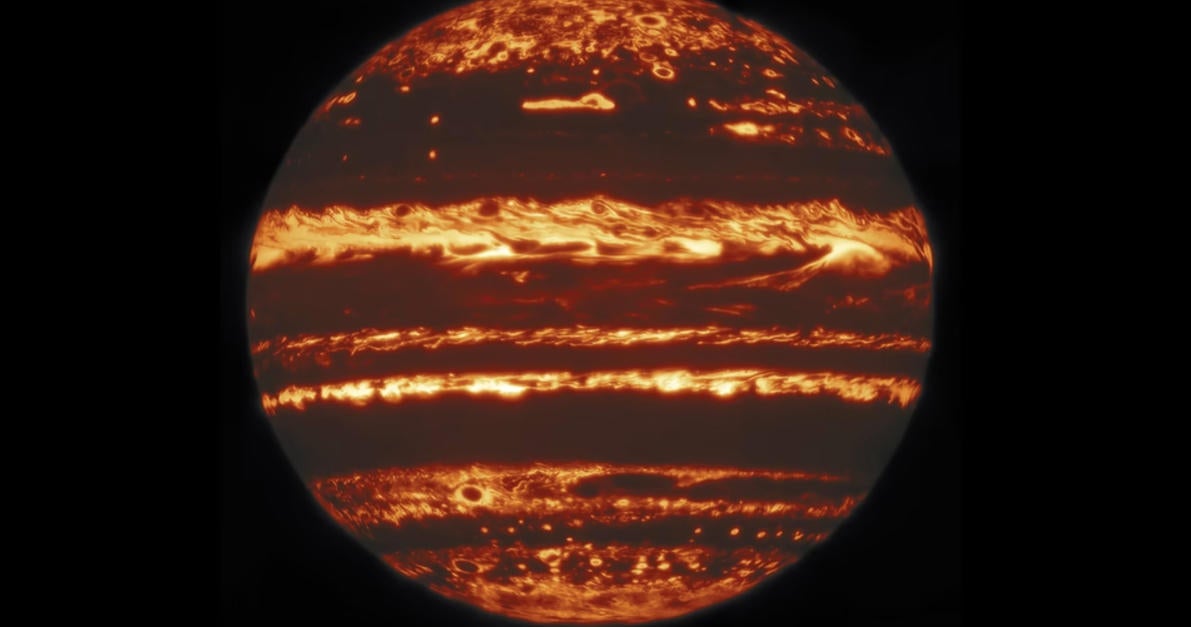 Is Jupiter a planet eater? A new report suggests the planet is actually behaving like a villain from a Marvel movie, consuming entire planets. In fact, the report goes so far as to say that Jupiter grew to its massive size (300 times larger than Earth) by consuming other worlds in order to become the largest planet in our entire solar system, about twice the size of all the other planets in this system, combined.

Astronomy & Astrophysics has released the new Jupiter report, saying there is evidence the planet contains remnants of other planets. This is something of a significant step forward, as the theory that Jupiter is an amalgamation of other planetary bodies has been around for quite some time.

NASA’s Juno space probe recently captured a unique look at Jupiter, as Jupiter’s gases temporarily separated enough to give the probe a clearer look at the planet’s core. Now scientists can better speculate about how Jupiter absorbed planetesimals and other space rocks to fuel its growth.

The theory is intriguing, it makes you wonder what our solar system must have looked like before Jupiter treated it like a cosmic buffet. Earth could have had a lot more company…

Marvel fans will no doubt get some jokes about how Jupiter must actually be Galactus or a Celestial during their signature hibernations – and what would happen if he were to “wake up” again. Suddenly makes you happy that the Earth is more than 700 million kilometers away…

Here are some details from the NASA report (NOTE: this is not easy, casual reading):

Our results imply that Jupiter continued to accrete heavy elements in large quantities as its hydrogen-helium envelope grew, contrary to predictions based on pebble isolation mass in its simplest incarnation (Lambrechts et al. 2014), favoring rather planetesimal elements or more complex hybrid models (Alibert et al. 2018; Guilera et al. 2020). Moreover, the envelope did not completely mix during the subsequent evolution of the planet, not even when Jupiter was young and hot (Vazan et al. 2018).

You can read the full Jupiter report HERE.