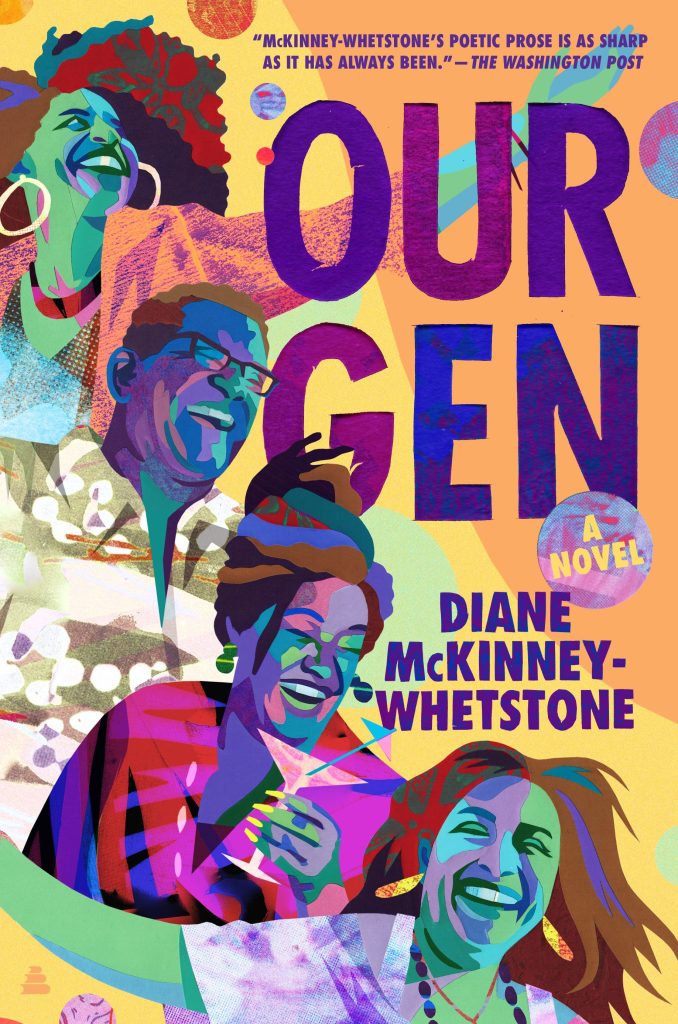 NDG Book Review: ‘Our Gen’ is a delightful surprise

Sometimes it’s enough to lay down your burden.

When it is heaviest, when your arms cannot support it and your back breaks under its weight, when your shoulders and heart hurt, release it. Let it go, let it be. Or, as in Diane McKinney-Whetstone’s new novel “Our Gen,” ask a friend to lend a hand.

Cynthia hated everything about Sexagenarian, a 55-plus-year-old compound she’d moved to. She hated that her son and his wife almost forced her to move there, that “The Gen” wasn’t her old home, and that all her things were in boxes. As she lamented to her best friend, Gabrielle, Cynthia longed for her old neighborhood and her old life.

That said, now she had to admit that her newly built cottage was airy and bright and, contrary to what she feared, she wasn’t the only black person in a sea of ​​white faces. Oh, and she also met a man, not even 24 hours after moving in, although he didn’t exactly seem single.

Block never wanted to sleep with Cynthia because he thought he was dating Tish – although Tish can be cruel at times, like she’s better than everyone else. Still, he loved being with her and her friends. Being the only black male living at The Gen was very interesting…

It had been years – decades, in fact – since Tish’s father had died on the brothel floor, but she had never forgotten the humiliation. Imagine: her father, a highly respected teacher, charismatic lecturer, in the arms of a vulgar slut!

Tish spent her whole life erasing the idea of ​​it all.

Having worked as a spy for most of her adult life, Lavia enjoyed living at The Gen. It was a great place to practice her skills and besides, she was born on a cruise ship and had never really had a home before. Lavia didn’t talk about her past, but she knew things – things like, for example, that secrets and half-truths can’t stay hidden forever.

Ahhhhhh. That’s what you’ll say when you have a cold drink next to your chair and that wonderful surprise of a book in your lap.

You gotta love a novel that starts out like “Our Gen,” with holistic medicine working all too well, and a hazy date on an air mattress. It all unfolds from there in an easy story told with the feel of a lazy afternoon spent listening to music with good friends.

But don’t get too comfortable.

Author Diane McKinney-Whetstone has a few surprises in store for her readers, the kind that don’t seem like much until two pages later, and then…. boom, there’s the love and the heartbreak of fifty years. Snap, the past is coming back in force. Pop, and the secrets are graciously kept.

Beware that there are adult themes in “Our Gen,” but really, it’s an otherwise delightful surprise. Enjoy it and ask yourself if your book club might not be on board too.