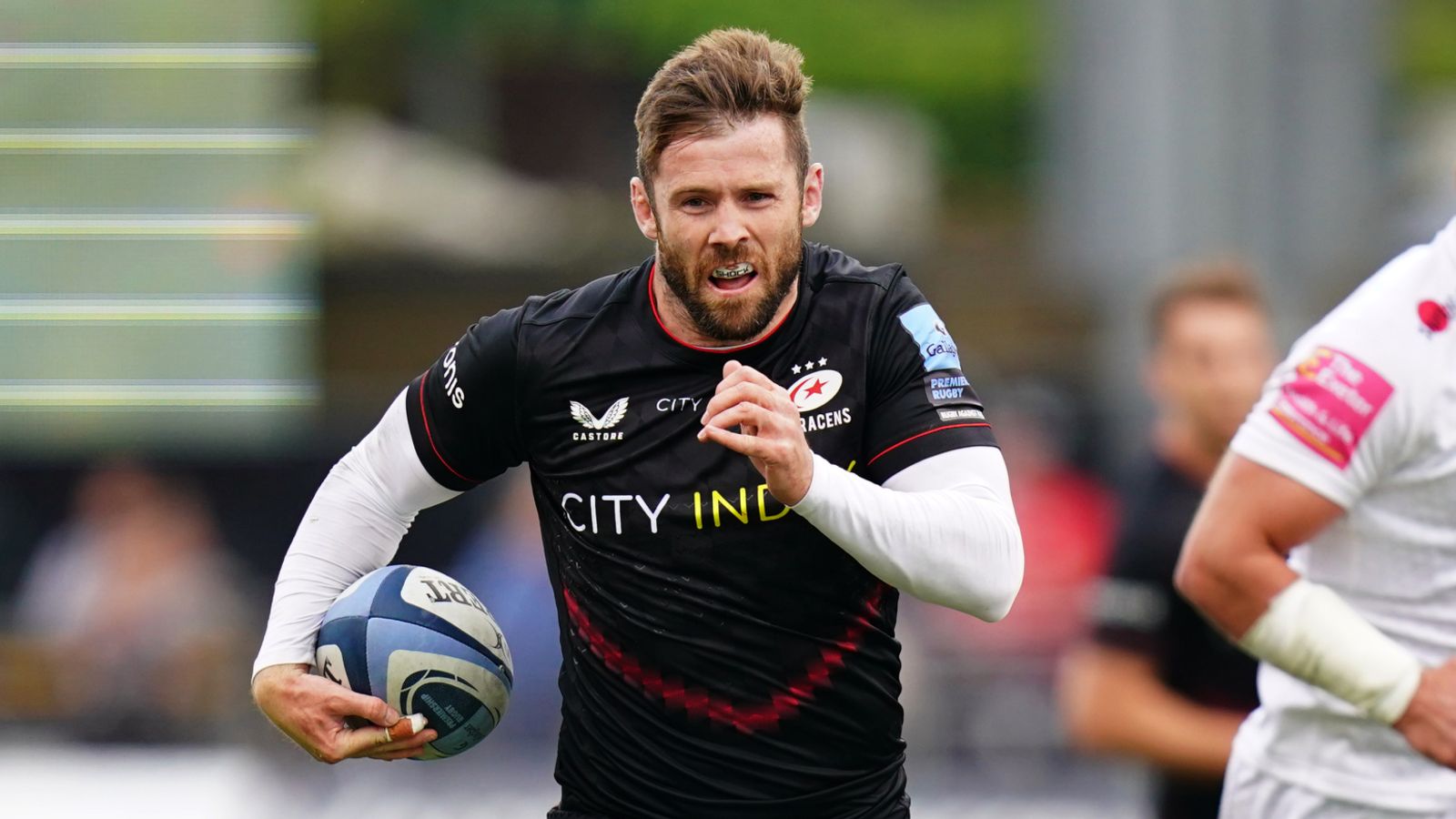 Exeter’s bitter rivalry with Saracens took another traumatic turn as their Premiership play-off ambitions received a potentially fatal blow in a 38-22 defeat at StoneX Stadium.

After three defeats to Mark McCall’s men in the Premiership final, Exeter face another season without silverware due to a result that leaves them stranded outside the top four with two games remaining.

Exeter felt most aggrieved by Saracens’ salary cap breaches due to their league-dominating rivalry from 2016-19, but on equal footing in north London, they were soundly beaten.

They were leading 15-10 heading into the second half, but the deficit was quickly overturned by the hosts.

Owen Farrell was at the heart of Saracens’ response when Sean Maitland and Nick Tompkins landed, but the Chiefs also self-destructed by conceding seven penalties in the deciding third quarter.

Each whistle from referee Craig Maxwell-Keys resulted in another debilitating backhand, allowing their opponents to gallop out of sight with a bonus point victory.

Saracens continue their march, their journey to a home semi-final, and they were forced to roll up their sleeves for a killer first half in which they drew first blood with a move of real accuracy.

It came from scrum-half Aled Davies running flat down the field and finding Elliot Daly, whose line in and out and speed swept him on the white.

There was urgency in Exeter’s game as Olly Woodburn and Stuart Hogg counter-attacked down the right and Saracens, playing in strong winds, now struggled to escape their half.

Fly-half Henry Slade ran at ball pace and nearly broke through in combination with Hogg, but the England playmaker was instrumental when the Chiefs first crossed.

It took 14 phases in total, with most of them picking and starting from the peloton, but Slade and Sam Maunder delivered the magic needed to unlock the defense with Sam Skinner delivering the finishing touch.

Seven minutes later and the Chiefs were back, Ian Whitten unloading on Woodburn, who broke through a tackle from Nick Tompkins and snuck in.

Exeter renewed their attack from the restart as Whitten broke free, but Alex Goode then responded for the hosts in the opener.

Man of the Match Farrell took center stage as Saracens exploded in the second half, netting a penalty then starting on a break from his 22 to launch a move that ended when Maitland landed .

Exeter were now struggling to escape from their own half and – with the pressure mounting amid a high number of penalties – they cracked up against a line-out that was finished off by Nick Tompkins.

Saracens did well to fend off an attack and when the Chiefs were penalized again, Farrell was once again on target with Ben Earl putting the icing on the cake of a conclusive win.