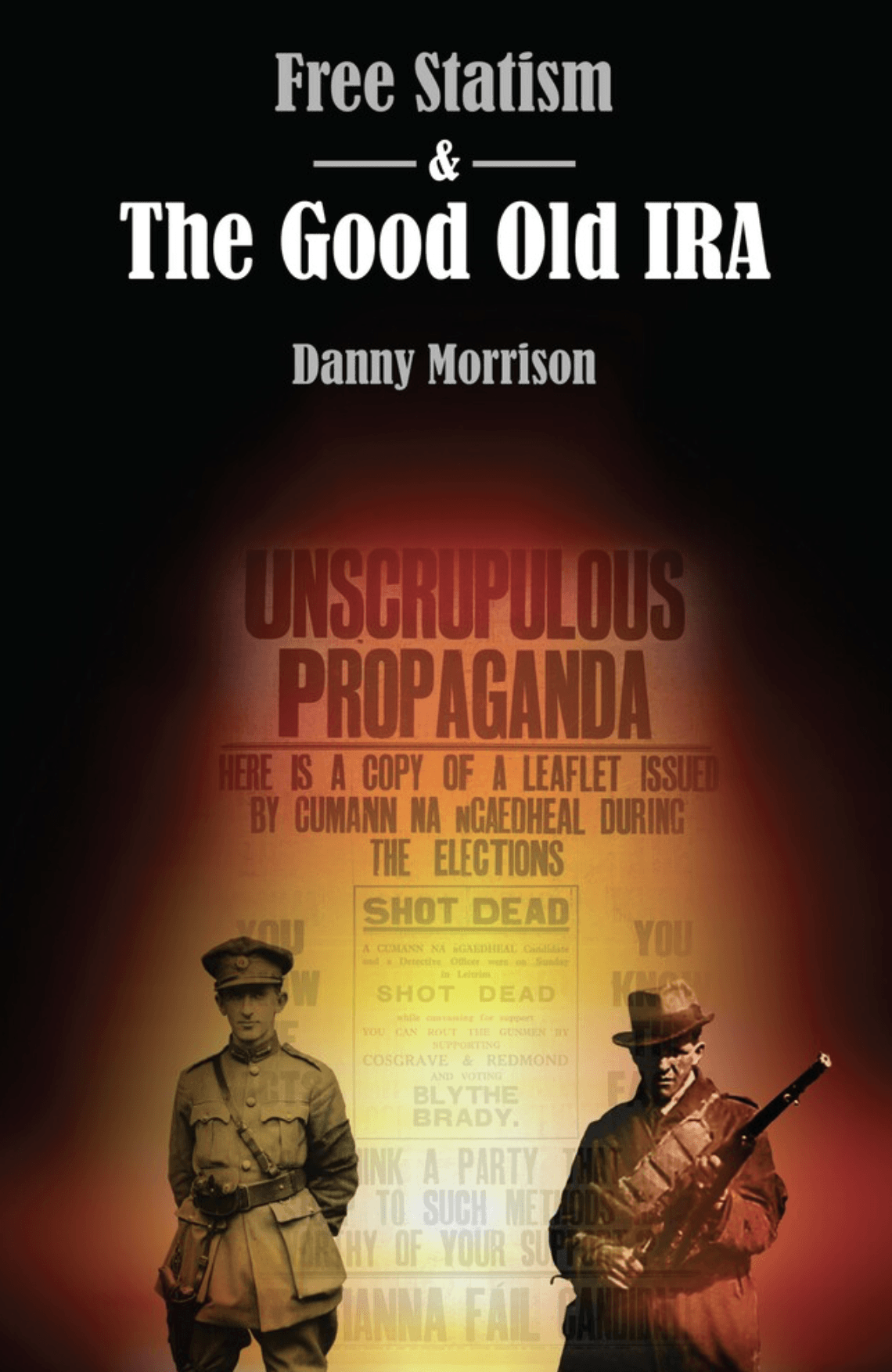 Laundering of ancestral violence by the Free State

I’ve lost count of the times I’ve heard people make unfavorable comparisons between the “good old IRA” and the Provisional IRA. The insistent message: if only the Provos were more like their angelic ancestors.

This nostalgic fiction was debunked in a Sinn Féin pamphlet published in 1985 which detailed the many controversial examples of deaths attributed to the IRA in the years 1917 to 1921. In revised form, it comprises half of this new book.

Its publication followed shortly after a coruscant op-ed in An Phoblacht by the late Mick Timothy, the paper’s then-editor, which sought to highlight the hypocrisy of those who were happy to honor old-time Republicans while attacking their contemporaries.

This article, titled Béal na mBláther, a pun on the city of Cork where Michael Collins was killed, reminded readers of the bloody actions he carried out during the guerrilla warfare. Not to condemn him for what he did, but to underscore the realities of his campaign, which his modern hero worshipers had conveniently chosen to forget.

The power of Timothy’s editorial lay in its use of a chorus, and Danny Morrison used the same repetitive device to hammer home a similar lesson. His rant is punctuated by a six-word summary of the argument advanced by those who cling to myths about the Old IRA while castigating its latter-day volunteers: “Our violence was good, yours bad.”

His lengthy essay is the only reason to read the book because, apart from being a frontal attack on the morality of Fine Gael and Fianna Fáil, it opens the door to a much deeper debate about the state they have created by turning the back to the six counties that left to the unionist power.

Because it is very clear that the Free State, the Saorstát Éireann, which these parties accepted in 1922, transformed into “Ireland” in 1937 and then transformed into the “Republic of Ireland” a dozen years later developed an ideology of its own: Statism.

Over time, Dáil Éireann parties encouraged the belief that “the north” was what the Unionists and their British overlords wanted it to be: an enclave that was not truly part of Ireland. For fifty years they have looked away from the victimization of nationalists in Belfast and Derry and the cities in between.

When they were forced to remove their blindfolds in the late 1960s during the civil rights struggle, they offered no tangible support to the protesters. They also didn’t do much when people were subjected to violence from the B-Specials and the RUC while having their homes burned down (beyond, it must be said, organizing shelters at the south of the border).

Worse, much worse, followed. When the Republicans hit back at British colonial lackeys, quickly supplemented by professional soldiers, they condemned the fighters for their “unlawful” use of force. It was 1920, they suggested, not 1970.

How dare the Provisional IRA employ the same tactics their ancestors had used two generations before. Never mind that many of the most vocal anti-Provo TDs were the sons, nephews, nieces and cousins ​​of men and women who had deemed it morally right to kill to achieve their political ambition.

The violence of their ancestors has been whitewashed. In the good old days, the end justified the means. This cleansing process has been aided by the passage of time. (In such circumstances, time is not so much a healer as a concealer).

Meanwhile, in their own jurisdiction, FG and FF were busy creating an entirely misleading narrative about their own origins. In doing so, they were following a well-trodden path because it is widely accepted that history is written by the winners, and therefore framed in order to erase not only the opinions of the losers, but also the truth itself. As Morrison notes, free statism is a good example for relying on the rewriting of history. It stimulated revisionism in order to legitimize the idea that the 26 counties amounted to “Ireland”.

This revision was essential to the continued existence of Fine Gael and Fianna Fáil. The oft-quoted mockery of them looking like Tweedledum and Tweedledee carries a serious message because their hostility towards each other is a charade.

As in the nursery rhyme, where the characters forget the reason for their quarrel, the parties have long since forgotten their civil war divergence. Their similarities are greater than their differences.

Nowhere is this more evident than in their shared embrace of the idea that the 26 counties form a nation. Eamon de Valera said the same when he observed: “France was France without Alsace and Lorraine…Ireland is Ireland without the north.”

No wonder they were responsible for the “otherness” of the six counties and the simultaneous policy of false worry about their future. Although they pay lip service to the idea of ​​Irish reunification, their constant line since the treaty has been to avoid any conflict with Great Britain. Whether we call it cynicism or pragmatism, the result has been the same. We got what we got so let’s not rock the boat.

To take Morrison’s concept of free statism a step further, it encourages the idea that there are now two competing nationalisms in Ireland: the 26-county “false nationalism” and the genuine 32-county nationalism advocated by Sinn. Fein.

I agree that trade unionists may claim there is a third, but theirs is a post-imperial imaginary whose time has come and, thankfully, has passed. Republicans can ignore this fantasy.

More importantly, as Sinn Féin campaigns to secure electoral victory in the south, it must step up its assault on the ideology that has underpinned nearly a century of bipartisan rule. Free statism would be a stimulating electoral slogan.

It’s not the first time — think of his Armalite and ballot box intervention in 1981 — Morrison has provided Republicans with a pointer to the future.

Do you have anything to say on this issue?
If so, why not send a letter to the editor via this link?