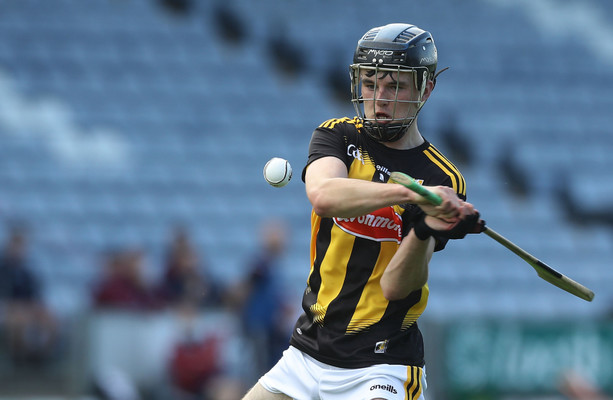 AN INCREDIBLE, MEMORABLE and thrilling contest in Tullamore ended in the biggest shock of the U20 Championship to date, as Kilkenny came back from five points in extra time to claim a remarkable victory that will live long in the minds of all involved persons.

Throughout the contest, Billy Drennan’s metronomic takeover kept Kilkenny in contention. The Galmoy player hadn’t put a single dead ball away from the target until he hit one midway through the second half of extra time.

He didn’t put this one wide either, but dropped it slightly short, enough for John Cooney to throw in to overthrow the ball and prevent the point. This turned out to be the wrong call as the sliothar fell into Gearóid Dunne’s palm, and he fired into the goal which put Kilkenny three ahead.

Still, the tribesmen roared and Cooney looked to have redeemed himself as he pulled an incredible distance to level the game in the 80th minute.

There was still time for more drama, and while Galway were the team that got the game-winning scoreline after Kilkenny equalized at Pearse Stadium yesterday, the tables were turned this afternoon in Tullamore, as Joe Fitzpatrick offered a high-rise of a strike to send Kilkenny to a final decider for Leinster v Wexford.

The thrilling and thrilling end to the match was a far cry from the cautious and wary early stages of the competition, where both teams had two extra men in defense.

The difference between the sides at this stage was that, although Kilkenny found it impossible to connect with their inside strikers and did not score from the game until the 24th minute, Galway’s Liam Collins appeared to be able to find possession despite the double time scored. and again, and he collected some majestic points early in the game as the tribesmen advanced from 0-9 to 0-4.

The closing stages of the first half saw Kilkenny settle into the game as they changed some of their clashes to solve problems on the pitch.

Harry Shine picked up an excellent point as Kilkenny came back within two, although Alex Conaire’s second of three excellent scores put Galway away three at half-time, 0-11 to 0-8.

The story of the second quarter was the story of two missed penalties, two easy decisions for referee Richie Fitzsimons. Twice Liam Collins stood on the 20-yard line with just Aidan Tallis to beat, and twice his effort was not in line with his general play or his shooting from distance as the Kilkenny keeper easily saved both efforts.

With growing confidence, Kilkenny took a two-point lead in the final quarter, powered by free kicks from Drennan and more scoring from Timmy Clifford. Galway found other gear though, and they went 0-18 to 0-16, then 0-19 to 0-18 ahead, until Drennan’s solitary score tied the teams and sent the contest in extension.

Everyone looked like the Galway bench would win the day, as the Tribesmen went from 1-24 to 0-22 ahead, with every score – including a Reuben Davitt goal – coming from one of their substitutes.

It would have been far too simple. Three clearances from Drennan and a broken score from Jack Doyle tied the game, before Dunne’s goal and Fitzpatrick’s late winner sent the Kilkenny crowd into rapture.

Get closer to the stories that matter with exclusive analysis, insight and debate in The42 Membership.