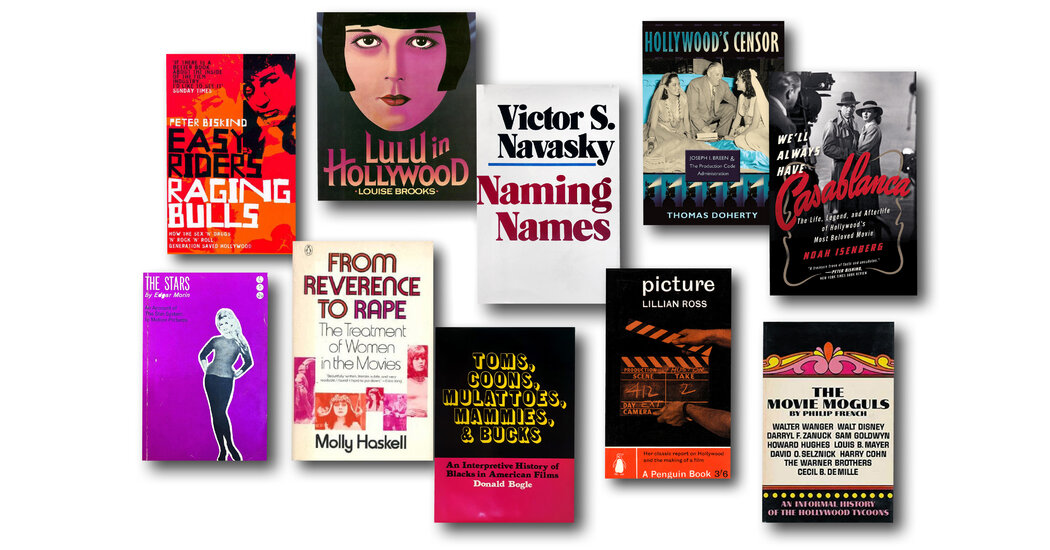 Hollywood History, Home Economics, and Other Letters to the Editor

I was disappointed that no books on Latinos and Latinas in Hollywood were mentioned in J. Hoberman’s list.

Since Hispanics have been part of the Dream Factory for over a hundred years (from Dolores del Rio to Rita Hayworth, Anthony Quinn, Rita Moreno and Raquel Welch, among many others), I would highly recommend Clara Rodriguez’s 2004 book, “Heroes, Lovers, and Others: The History of Latinos in Hollywood.”

I enjoyed reading J. Hoberman’s list of Hollywood Chronicles, but I would like to suggest an additional title, in particular in honor of Pride Month: “The Celluloid Closet” by Vito Russo from 1981.

On May 18, a review of my book â€œProof of Life: Twenty Days in Search of a Missing Person in the Middle Eastâ€ appeared on the New York Times website. Originally titled “How to Find a Missing American in Syria?” “- then corrected to” How do you find a man who disappeared in Syria? ” after my editor pointed out that the nationality of the missing person is not disclosed in my book – Theo Padnos’ review contained disturbing errors.

Padnos first claimed that a dinner companion mentioned in the book, whom I contacted for information, was “an intelligence agent employed by the Emir of Qatar”. He is neither. It was only after my editor and I called attention to the error that the copy was edited to identify him as “an extremely well connected Saudi”.

Much of Padnos’ commentary implies that I have never been to Syria. On the contrary, I have regularly worked and spent time in Syria, including during the period of Padnos’ own captivity in Aleppo.

Finally, I am intrigued by the doubts expressed by Padnos that the person I helped to rescue does not exist. As he knows, many abduction victims and their families prefer not to maintain a public profile. The fact that Padnos cannot find a reference to the person online is irrelevant.

I was delighted to see Virginia Postrel’s June 13 review of Danielle Dreilinger’s â€œThe Secret History of Home Economics,â€ but it pained me to read the author’s question on the academic relevance of domestic economy. The discipline sheds light on how families are organized and how they interact with other institutions in and across time. Covid-19 has brought a whole new generation to these questions. During its release, the At Home section of this article was a weekly reminder of the relevance of home economics.

The review of “The Secret History of Home Economics” reminded me of my eighth-grade sewing class at PS 139 in Brooklyn in 1947.

Each girl in the school sewed her own graduation gown by hand. We all used the exact same pattern (in our particular size) but we could choose any white material. During each sewing period we learned the next step and came back the following week to continue the process. We were truly a vision on graduation day.

Since then, I love to sew. My only regret was that while all the girls were in sewing class, all the boys were in â€œboutiqueâ€ class. As much as I loved doing my graduation gown and other sewing projects, I envied the boys in the store. How I wanted to make bookends!