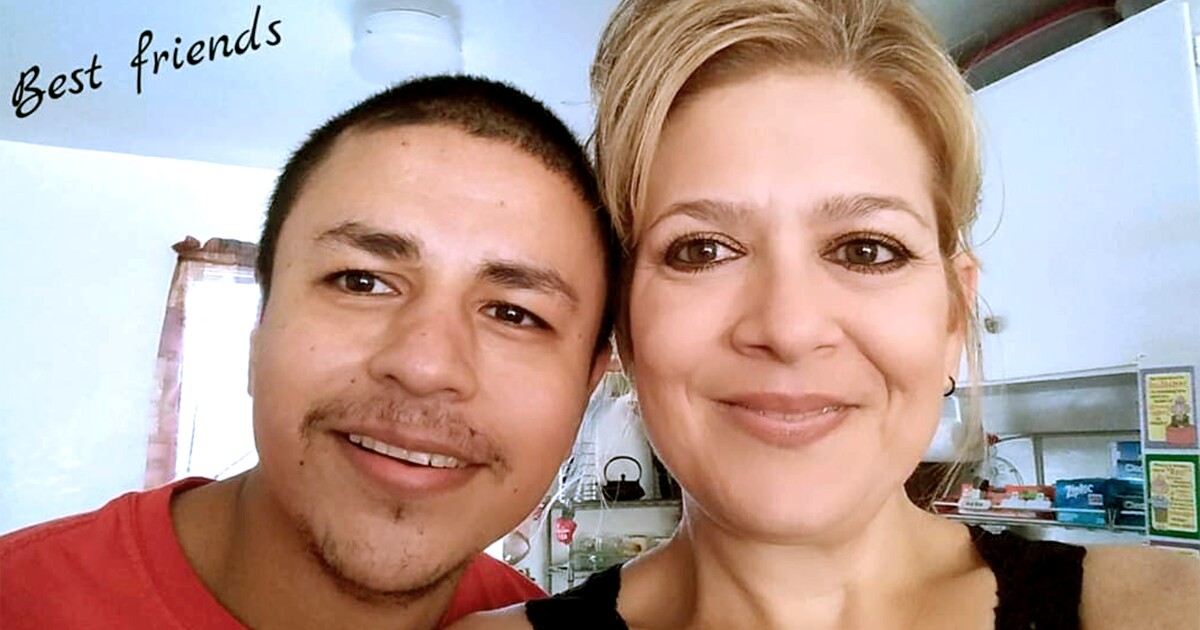 Omar Moreno Arroyo, who died in a San Diego County jail 2021 hours after his arrest, should never have been taken into custody, an independent investigation has found.

According to the investigation by the county’s Law Enforcement Review Board, deputies should have written him a ticket. Instead, they took him to the Men’s Central Jail and changed his charges so they could book him.

Then, when booking, a deputy failed to check his body scanner when Arroyo was imprisoned to see if he had ingested a foreign object.

Later in a holding cell, Arroyo collapsed and displayed “seizure-like activity”, but more than an hour passed before deputies found the 33-year-old, who was not then answered no more.

“A final bodily movement was observed at 9:44 p.m.,” the Citizens’ Law Enforcement Review Board report said. “None of the other inmates inside the cell helped or called for help. (Arroyo) was discovered unresponsive at 10:49 p.m. during the nightly count.

In all, investigators recommended five allegations of misconduct against four MPs. The findings will be reviewed by the all-volunteer review committee on Tuesday.

None of the deputies involved agreed to be interviewed by outside investigators, as is their right under the collective bargaining agreement between the county and the union representing sheriff’s deputies.

The sheriff’s department declined to comment on the findings.

Arroyo was the first of 18 people to die in sheriff’s custody last year, the deadliest year in San Diego County jails since at least 2000.

San Diego County has had the highest prison death rate among California’s largest counties for years. California’s state auditor released a report last month noting that 185 people died in the county’s custody between 2006 and 2020 – a total that does not include the 18 deaths in 2021.

Arroyo was using drugs and suffering a nervous breakdown at his home in Julian on the night of January 6, 2021, when his wife called 911 for help.

The lawsuit filed by his wife, Tammy Wilson, says Arroyo “was in a state of acute methamphetamine intoxication and agitation” when sheriff’s deputies arrested him at their home. He said he should have been taken to hospital.

Although the call was logged as a mental health case, sheriff’s deputies arrested Arroyo on suspicion of being under the influence of drugs. They also found a pipe used for smoking methamphetamine inside the home, investigators said.

According to law enforcement protocols designed to limit the spread of COVID-19 in county jails, Arroyo was not supposed to be jailed, the review board investigation found. Instead, he should have been summoned and released with a promise to appear in court at a later date.

Instead, he was transported approximately 60 miles to the downtown jail. Once there, one of the deputies who had transported Arroyo realized he had made a mistake, investigators said.

“An attempt was made to release (Arroyo) the ongoing booking process,” investigators found. “The release was not authorized by the reservations staff.”

At some point, the inquest report notes, Arroyo’s charge of being under the influence of drugs was changed to a charge of being drunk in public, which allowed him to be imprisoned.

Upon booking, Arroyo was subjected to a body scan to determine if he had ingested anything inappropriate.

“The scan results appeared to show some type of abnormality, which the medical examiner’s records indicated was a ‘possible sac of illicit substance,'” the report said.

But the deputy who operated the scanner did not review the results, investigators found.

“The operator was seen continuously looking at documents while performing the scan,” the report said, referring to surveillance footage. “He then brightened the scan and simultaneously walked away from the machine.”

Investigators were unable to determine whether the deputy viewed the scanned image “but no further action was taken,” the report said.

Under Sheriff’s Department rules, the deputy was supposed to question Arroyo about the anomaly and perform a secondary analysis, the report notes.

At around 9:40 p.m., Arroyo was in a holding cell with other inmates and was wearing a face mask. The video showed him putting something in his mouth — “possibly the mask,” the report says — then he fell to the ground. Nearby inmates did nothing to help Arroyo or alert prison staff, the report said.

He was found unconscious over an hour later and pronounced dead a short time later.

At the time, Wilson was outside prison awaiting her husband’s release. But she was not told her husband had died until around 5 a.m. the next day.

An autopsy revealed that Arroyo died of airway obstruction caused by “the ingestion of a cloth mask and food bolus”, with acute methamphetamine intoxication a contributing factor.

Attorney Julia Yoo, who represents Wilson in the wrongful death case against the county, described the prison’s treatment of Arroyo as “staggering incompetence.”

“Omar Moreno (Arroyo) was supposed to get a ticket,” Yoo said. “It’s the very definition of willful indifference to fabricate a criminal charge just so they can put a man in jail, knowing full well they had no justification.”

The findings of the investigation are to be considered at the review board meeting on Tuesday evening.