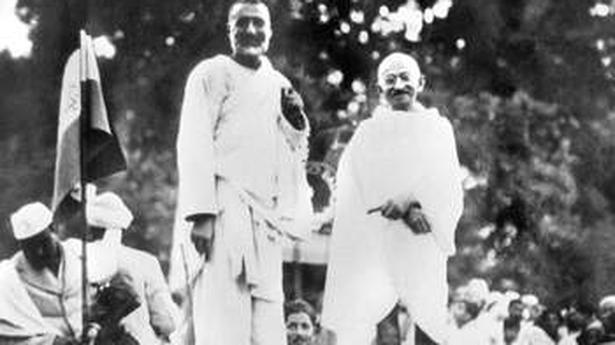 In the 1970s, Stanley Hoffmann argued that international relations (IR) was an “American social science”. On closer examination of this discipline, it is difficult to refute Hoffmann’s analysis. American scholars like Hans Morgenthau, Robert Keohane and Alexander Wendt mainly shaped the academic discourse of IR. Similarly, American political leaders have also influenced the study of world politics. For example, two former US presidents are usually associated with important theories – Woodrow Wilson with liberal institutionalism and Ronald Reagan with neoliberalism.

On the contrary, in the Global South, especially in India, IR scholarship is relatively new and mostly post-colonial. Lately, there have been notable academic interventions from Indian scholars, but there is still a reluctance to engage intellectually and academically with the ideas of our political leaders, some of whom have profoundly influenced world politics. With the exception of writings on Nehruvian foreign policy, it is not easy to find literature even on Mahatma Gandhi from an IR perspective. Gandhi’s philosophy was practiced by leaders like Martin Luther King Jr. and Nelson Mandela, but IR scholars remain fairly oblivious to the concepts of nonviolence and mass mobilization. In this regard, Yogendra Kumar, a former Indian foreign service officer, should be credited with writing a book that deals with contemporary geopolitical conundrums and offers food for thought. The fascinating part of the book is that it draws on Gandhi’s philosophy to present a solid argument that there is a solution to some of the serious international problems.

Mix of theory and empirical


Ambassador Kumar began his diplomatic career at the height of the Cold War and his first posting was in Moscow in the late 1970s. He then served in various Indian missions in Europe and Central Asia. He witnessed a political transition in these critical regions after the end of the Cold War and the disintegration of the Soviet Union. The book is a good mix of theory and empirical making it an easy read even for someone unfamiliar with IR concepts.

The author critically assesses popular writings on geopolitics by Francis Fukayama, Edward Luttwak, John Agnew, Stuart Corbridge, Samuel Huntington, and Robert Kaplan. What makes it more engrossing is the extensive discussion of Asian perspectives. There is a detailed analysis of how Confucian thought influences the Chinese School of International Relations which incorporates “Western modernism” to develop “Chinese exceptionalism”. In short, China endorses the Western characterization of the state but rejects notions of “electoral democracy, civil society and neutrality of law” (p.17). Chinese President Xi Jinping has consistently touted it as a “Chinese model” – a way to solve humanity’s lingering problems (p.18). The author then explains that the Indian approach to IR is also an amalgamation of traditional Indian and modern Western thought. The core of Indian IR has a strong imprint of Nehru with a concept like non-alignment, and peaceful coexistence still reverberates in Indian foreign policy narratives today. India’s understanding of the international order is also largely shaped by Mahatma Gandhi, Rabindranath Tagore, MS Golwalkar, VD Savarkar, Bankim Chandra Chattopadhyay and Sri Aurobindo Ghosh (p.19). Highlighting the limits of the most discussed geopolitical theories, the author recommends Gandhian thought for this turbulent world.

Link it to the time


The book is very relevant in the current context, when the world discusses the validity of international law, in particular concerning the Russian invasion of Ukraine. The author explains how the hope for a rules-based international order in the post-Cold War phase was dashed as the major powers continued to ignore the authority of the UN. For example, the US-led “coalition of the willing” attacked Iraq in 2003, “bypassing the UN” (p. 32). Moreover, there has been a lack of effort to reach consensus and North-South differences have remained more or less intact. Developing countries have now realized that neoliberalism has an inherent bias toward the developed North. The International Monetary Fund (IMF) and the World Bank (WB) faithfully followed the Washington Consensus and prescribed neoliberal policies (p.33). These policies did not yield positive results during the East Asian financial crisis of 1997. Similarly, the World Trade Organization was unable to conclude “any round of negotiations after the round of Uruguay” (p. 35) because of the political split between its member states. With stringent politico-economic conditionalities and a one-size-fits-all IMF and World Bank approach, today many developing and least developed countries find it easier to match China for development-related requirements.

The author also addresses issues related to regionalism and regional security. There was a surge in regional politics after the end of the Cold War. But there have been fewer achievements with the exception of the European Union (EU). The author rightly points out that the cultural bond has not evolved into political-economic cooperation in South Asia. As a result, the South Asian Association for Regional Cooperation (SAARC) remains mostly ineffective (p.50). In South Asia, the Indo-Pakistani rivalry has also impacted regional cooperation. The author describes Pakistan as a revisionist state and India as the status quo (p.77-78).

The book explains how the politico-economic restructuring of the past decades has not gone smoothly in the former socialist countries. The sorry disintegration of Yugoslavia and the economic collapse of Russia are two relevant examples (p. 72). There have been disturbing changes in the Arab world, with political instability in Syria, Libya and Iraq. These are not good trends and further complicate global politics. The author carefully considered two critical reports on the future of the world order. The first dates back to 2017 and is titled “Global Trends: The Paradox of Progress”. This report was prepared by the National Intelligence Council (NIC) of the United States. The report highlights how tension within and between countries will increase, and US dominance will recede in the future (p.89). “Escaping the Fragility Trap” (2018) is the second report from the London School of Economics (LSE) — Oxford Commission on State Fragility, Growth and Development, led by former British Prime Minister David Cameron (p.91). The book elucidates six symptoms of state fragility as noted in the report.


The author maps the political and economic ills that have gripped the world and weakened it. The book examines how Western prescription is unlikely to improve the situation. With growing desperation, the author reminds us of the Gandhian approach. Meticulously tracing the political action and philosophy of Gandhi, the book discusses the relevance of non-violence, satyagraha, mass mobilization and Sarvodaya. According to the author, Gandhi ensured that the Congress became a mass party by including peasants and workers (p.130). Gandhi used the ashram to practice his philosophy. Attending his ashram was like training for protracted political struggles. Gandhi gave ordinary people a space in the struggle for freedom, making them actors. Under Gandhi, the Congress reformed itself, developed a culture of party responsibility and made people aware of their rights and duties. Inspired by Gandhi, Khan Abdul Gaffar Khan also invoked the “political and civilizational values ​​of the Pushtoons to achieve his unique form of political mobilization” (p.132). The author points out that it is time to rethink and embed Gandhi’s values ​​into our political system – in-party democracy, grassroots empowerment and mass funding of political activism. The book also offers thought-provoking recommendations on countries like Afghanistan and Myanmar and explains how Gandhian philosophy could open up a prospect of peace and stability if practiced sincerely.

In conclusion, this is a comprehensive, academically rigorous work and a practitioner’s reflection on global politics. Some critics may observe that the author seems sympathetic to India and is overly critical of some Western discourses. Nonetheless, it is a must-read for curious minds interested in understanding contemporary world politics. The book provides thought-provoking analysis by brilliantly illustrating Gandhi’s political strategy. This is a new approach, so it requires the attention of students of geopolitics, Indian foreign policy, international relations theory and South Asia.