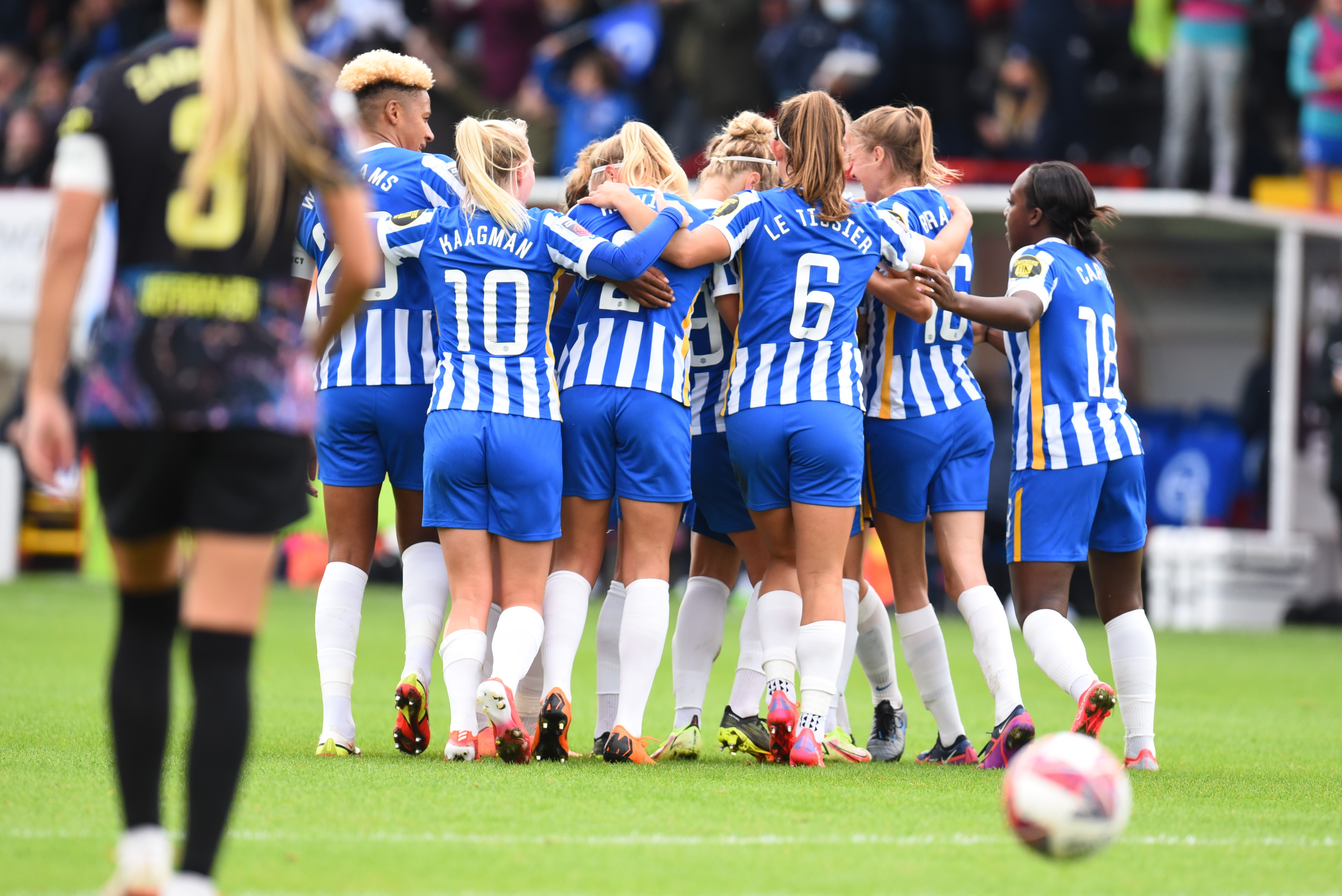 Geummin Lee and Victoria Williams scored their second goals of the season as Albion found their way back to winning ways in the Barclays Women’s Super League with a 2-1 win over Tottenham at the People’s Pension Stadium.

The South Korea international had a compound first half before Williams scored from a late corner to double the advantage. Tottenham, who had Rachel Williams sent off, pulled one off thanks to Kit Graham but Albion dug to claim three earned runs and end Tottenham’s start of the season 100%.

Inessa Kaagman and player of the game Danielle Carter both hit the woodwork and Albion created several more chances and kept the door closed at the back until a late lack of concentration.

Before kick-off, the players tied their arms in the center circle in solidarity with their American National Women’s Soccer League teammates, who demand their voices be heard and say they will not be reduced to the silence.

Tottenham came in with one of only two 100% WSL records and for the first 25 minutes they were confident and aggressive.

Albion struggled to grab the ball and was pushed back, although Meg Walsh was only called once to fend off a well-hit 25 yards by Ashleigh Neville.

Gradually, the home team started to take control and create chances. They should have opened the scoring in the 33rd minute when Spurs goalkeeper Rebecca Spencer pushed Lee’s shot only to Aileen Whelan, but she didn’t have enough power on her shot and Spencer saved.

A minute later, Albion landed another good shot which ended with Isasa Kaagman chipmunk from inside the D beating Spencer but cut the bar.

But Albion was now in the lead and took the lead in the 37th minute when Kaagman’s shot was blocked 12 yards from Lee and his powerful low drive entered at the near post.

The home side should have doubled their lead, but Spencer pushed back both Lee and Danielle Carter. At the other end, Kit Graham whipped a 25-yard player right off.

Player of the Match Carter proved to be a real threat to Spurs with her pace and movement and just past the hour she was turned down by the woodwork when her 20-yard shot passed Spencer but came back from the bar . Three minutes later, she tested the goalie again with little effort from the corner of the six-yard penalty area.

Spurs still threatened to save Walsh against Chioma Ubogagu and Angela Addison, but their task was made more difficult with 15 minutes remaining when Williams was given a second yellow card for a foul on Fliss Gibbons and the visitors were gone. only ten players.

Maisie Symonds came off the bench and almost scored with his first touch and Carter took off after entering the box before Albion doubled his lead with five minutes remaining. Symonds’ corner fell on Williams from six yards and although her first shot was blocked, she scored the rebound for her second goal of the season.

Accomplished job. Well, not quite. In two minutes, Graham had increased the score to 2-1 as Albion momentarily lost his concentration and was punished.

There was five minutes of downtime to negotiate and Kayleigh Green joined compatriot Megan Connolly in the book for a foul, but Albion saw the final minutes to make it three of five wins before a four-week hiatus before their next WSL game in Everton on November 7.