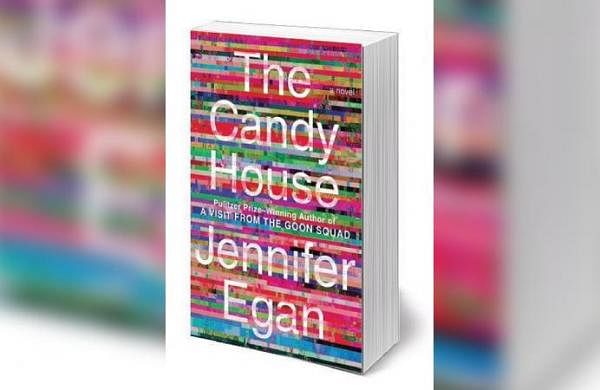 Four years ago, I bought a copy of Jennifer Egan’s A Visit from the Goon Squad (2010) at a book sale, on a whim, thinking it was a crime thriller. I was wrong – in my defense the title was misleading. I learned about it much later and when I finally read it last week to prepare myself for the freefall that would be The Candy House, I found it astounding. There are so many people in these books that it becomes impossible to keep track of everything that happens in them. However, all of them are related in one way or another by blood, marriage or friendship.

If Egan’s 2010 novel is set in the world of music, its follow-up story traces the rise of technology to such an extent that the exchange of consciousness becomes the norm of the day. But this seemingly sci-fi angle largely takes a back seat, as Egan is primarily interested in digging into the lives of his characters. And in his hand it must be remembered that several decades pass within the span of a single sentence. And just like that, some get married and some die.

The Candy House features more than a dozen characters whose crossover routines make for interesting discussions over coffees and scones. You get a man who transforms into an inspirational figure after his failed attempt to kill himself by jumping out of a hot air balloon, and a kleptomaniac who starts returning the things she stole to the people they belong to. All these small parts in no way add to the strange curve that Egan draws. Nonetheless, they give you insight into the complicated twists and turns that are happening within and around us.

For better or for worse, our ideas about ourselves keep changing. And, likewise, our aspirations revolve around different points at different times. Perhaps that is what Egan does in this novel. She’s at her best when she brings two characters face-to-face for conversation, as her dialogue sparkles in a way that can be described as not only funny but also outlandish.

I enjoyed the enemies-turned-friends equation between Noreen and Jules. To forget the past, all they need is the good old recipe for gossip where they reveal in snatches the troubles that haunt them. But when Egan tries to anchor “Owning Your Unconscious” — the technological marvel that helps us visualize our memories — into the realm of reality, she misses the forest for the trees. His characters don’t struggle much with the details of private life.

We’ve seen the benefits and horrors that come with sharing our thoughts and images on public platforms for over a decade and a half. Now imagine how much darker it can get with our memories. Of course, as Egan writes, it can solve crimes. But what can we do when someone accesses it without our consent? And, furthermore, there is always the danger that governments spy on their critics.

My other, perhaps naive, concern is with dreams. Can dreams also be recorded and streamed? The Amazon Prime Upload series, created by Greg Daniels, also deals with the topic of artificial storage of memories. But he has a better logical argument in his favor, so all his screws are tight. Upload also questions the different policies that are made for different sections of society – to be precise, the haves and the have-nots. Egan, however, does not address the subject of capitalism in his work. But most of its main characters are wealthy enough to own speedboats, travel to foreign lands without having to keep an eye on the money coming out of their pockets, and so on.

But, wait, that’s not the be-all and end-all of The Candy House. Its beauty lies in its quirkiness. Egan reshapes the notion of a novel by dividing parts into bullet points and emails.
Writing long chapters, as if the characters are just sending emails, is tricky because it feels like a juvenile gimmick. Sally Rooney did it last year in Beautiful World, Where Are You. And Egan continues the tradition of making the emails seem dry and sassy.

As long as the authors hit the right notes while experimenting with shapes, it’s all fun and games.

Stay connected with us on social media platform for instant update, click here to join our Jwitter& Facebook