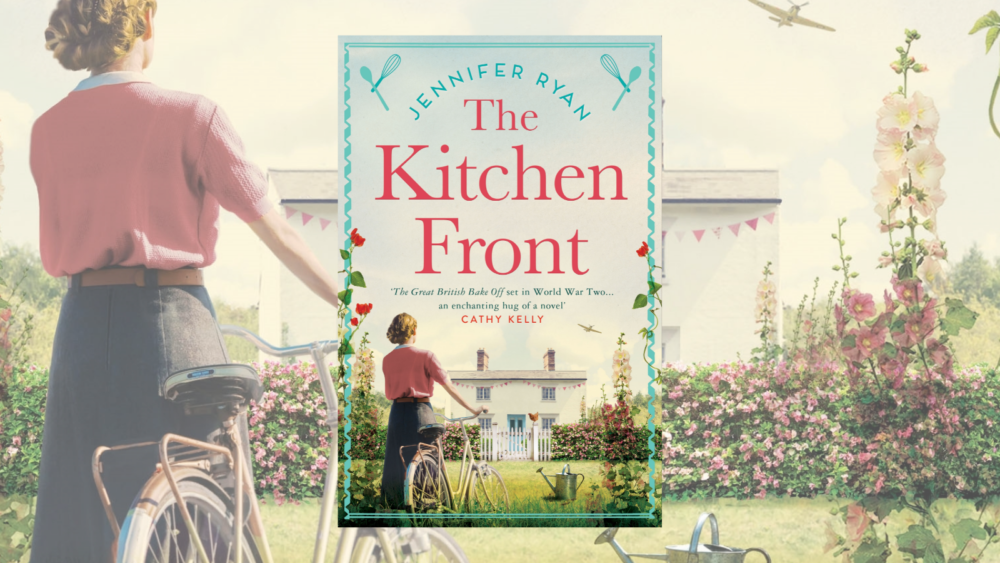 Jennifer Ryanthe last cozy novel, The front of the kitchen, has been described as “The Great British Bake Off is set during World War II”. Taking its title from a daily BBC radio program created in 1940 in cooperation with the Ministry of Food, the novel examines the home lives of four very different women, through the lens of their relationship to food. and in the kitchen.

The characters are all competing against each other to become the new co-host of The front of the kitchen and are all related in some way to the culinary business – and are therefore each adept at overcoming the challenges of rationing when it comes to preparing delicious dishes.

Audrey is a young widow with three young boys who lives in an old abandoned house. She makes ends meet with a home catering business, supplying pies to local businesses and estates. One of these estates is owned by her sister, Gwendoline (or Lady Gwendoline as she prefers to be called). Although the sisters were not close, Lady Gwendoline lent her sister a considerable sum of money in order to keep her afloat, although this obligation only further strained the relationship between them. But Gwendoline’s life isn’t rosy either. To the outside world, she is the confident hostess and competent cooking demonstrator for the Ministry of Food. Behind closed doors, she lives in fear of her husband’s harsh moods.

Under the stairs, maid Daisy considers herself far too shy to want a spot on a radio show; but she enters as an accomplice of the aging cook whom she adores. Would a culinary challenge be just enough to bring her out of her shell? Finally, we meet Zelda Dupont, who is every bit as glamorous as her name might suggest. A London chef, Zelda’s career was ruined by Blitz and a certain recklessness. Now finding herself running the kitchen of a local pie factory, Zelda views The front of the kitchen as his ticket back to the top.

This novel is sweet, if rather predictable, and will appeal to readers looking for something comfortable and extremely light. Unfortunately, I found most of the characters a bit two-dimensional and hard to understand. The writing style throughout the novel tended towards the overly flowery, from the first sentence laden with adjectives. There were a few occasions where it looked like Ryan had made up an unnecessary adverb as well.

But, there was something about the story that made me want to keep reading. The premise of the cooking contest and the real story behind the radio show was compelling enough that I needed to know how it was all going to turn out. I was also fascinated by this little-known aspect of World War II history, namely what a fundamental part of everyday life – meal times – might have looked like to people on the home front.

The novel also included a number of recipes matching those mentioned in the story for anyone with the cooking skills to try them. Alas, it’s not me.

Finally, the book was a little too sweet for my taste. But it should appeal to those who enjoy heartwarming war stories and it will certainly appeal to foodies.

THREE STARS (OUT OF FIVE)

Jennifer Ryan’s The front of the kitchen is available now from Pan Macmillan. Pick up a copy of Booktopia HERE.

More to explore on the AU: