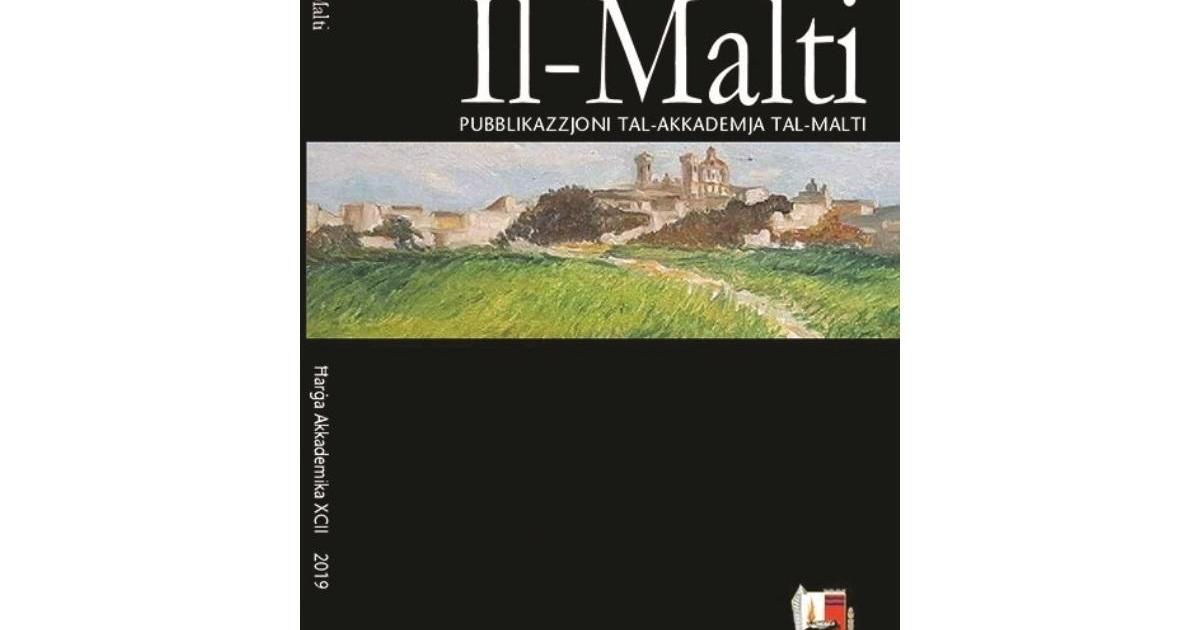 As Akkademja tal-Malti is forced to celebrate its centenary quietly due to the pandemic, the publication of an excellent issue of its official publication, Il-Malti, somewhat compensates for the general disappointment. It is an outstanding publication of the most elegant 213 pages which includes its usual valuable assortment of speeches, literary reviews, research, linguistic studies, an interview and a book review.

Although this issue is dedicated to the memory of Marlene Mifsud Chircop, the folklore researcher who died on August 26, 2020, it also includes Secretary Joe Borg’s detailed report on the activities of the Akkademja between 2013 and 2015, which were indeed two very active years.

Speech by Stanley Fiorini at the launch of the magnificent film by Rev. Dr. Martin Micallef Crux Invicta book focuses on the intellectual figure of GPF de Soldanis, who donated the miraculous crucifix to the Capuchins of Gozo, as well as his sour relationship with another Capuchin scholar, Padre Pelagio.

Talking about her VespriTrevor Zahra insists on the creative aspect of writing but also on the continuous learning curve of all authors.

In 1987, calligrapher Zbigniew William Wolkowski started a number of multilingual projects transcribing quotes from literary authors and famous people, especially scripts that emphasize the relationship between text and its appearance on paper. In 13 of his most original projects, Wolkowski used Maltese texts. This issue presents the text of an interesting lecture given by Mario Cassar on the work of Wolkowski in one of the series of lectures organized by the Akkademja.

In 2013, the publication of the annotated edition of the works of Anastasju Cuschieri by his Carmelite colleague Charlò Camilleri was a remarkable literary event. Ongoing research, even in foreign archives abroad, has uncovered a number of Italian and Maltese poems which are duly published in addendum form.

This issue is dedicated to the memory of Marlene Mifsud Chircop

Veteran author Charles Casha writes about humor in Maltese literature and posits that it can serve as a tool for the author to discuss social or personal issues, using a wide range of Maltese writers in the process, from Juann Mamo to Casha himself.

The MLP’s decision to join AAPSO in 1961 led to a general fear of reds under beds.

Sergio Grech analyzes the popular local anti-communist literature published at the time, which was indeed quite abundant. Several well-known personalities, often disguised by pen names, led a vibrant campaign evoking the McCarthy period in the United States. Grech’s article is also an important contribution for the additional light it sheds on the history of the time.

Adrian Grima writes about the narrator of a story whose voice continues to intervene in the story to give his point of view. In the local context, Grima speaks of the narrator of the realist novel by Ġużè Bonnici Ħelsien, who betrays his ideological position by the tone of his voice and his remarks.

One of the first newspapers published after freedom of the press was granted was Il Kaulata Malta (1839), of which the three very interesting numbers were edited by GP Badger. David Agius Muscat discovered there long quotations from Stedina by Mikiel Anton Vassalli, two years before his hitherto known first publication. Badger and Vassalli disagreed on the origin of the Maltese language, as well as what the primary language of instruction should be.

Agius Muscat also adds new information about Mikelanġ Camilleri, the Vittoriosa priest who converted to Protestantism and translated religious books for his new brothers. He also credits her with three other books.

Award-winning translator Paul Zahra stresses the importance of respecting the cultural context of the source text and its diachronic and synchronic lexical elements in the translation of literary and non-literary texts. He does this by pointing out some successful translations as well as one that uses anachronistic vocabulary.

In 2011, Cardinal Prospero Grech, OSA, was interviewed about his significant role in Professor AJ Arberry’s translation of Dun Karm’s poetry, which appeared in the book Dun Karm – Poet from Malta. Ivan Said puts the interview, with its many insightful comments, into context while providing a transcript.

In a short note, Bishop Lawrenz Cachia mentions verbs beginning with the letter ‘w’ as the first radical consonant.

Jonathan Balzan’s poetry is reviewed by Charles Briffa, who sees in this young poet who has already published three collections of poetry, an authentic voice of contemporary values ​​expressed in a distinctive style. In a world plagued by so many troubles and problems, he sees no salvation possible except in the love that can transcend selfish attitudes.