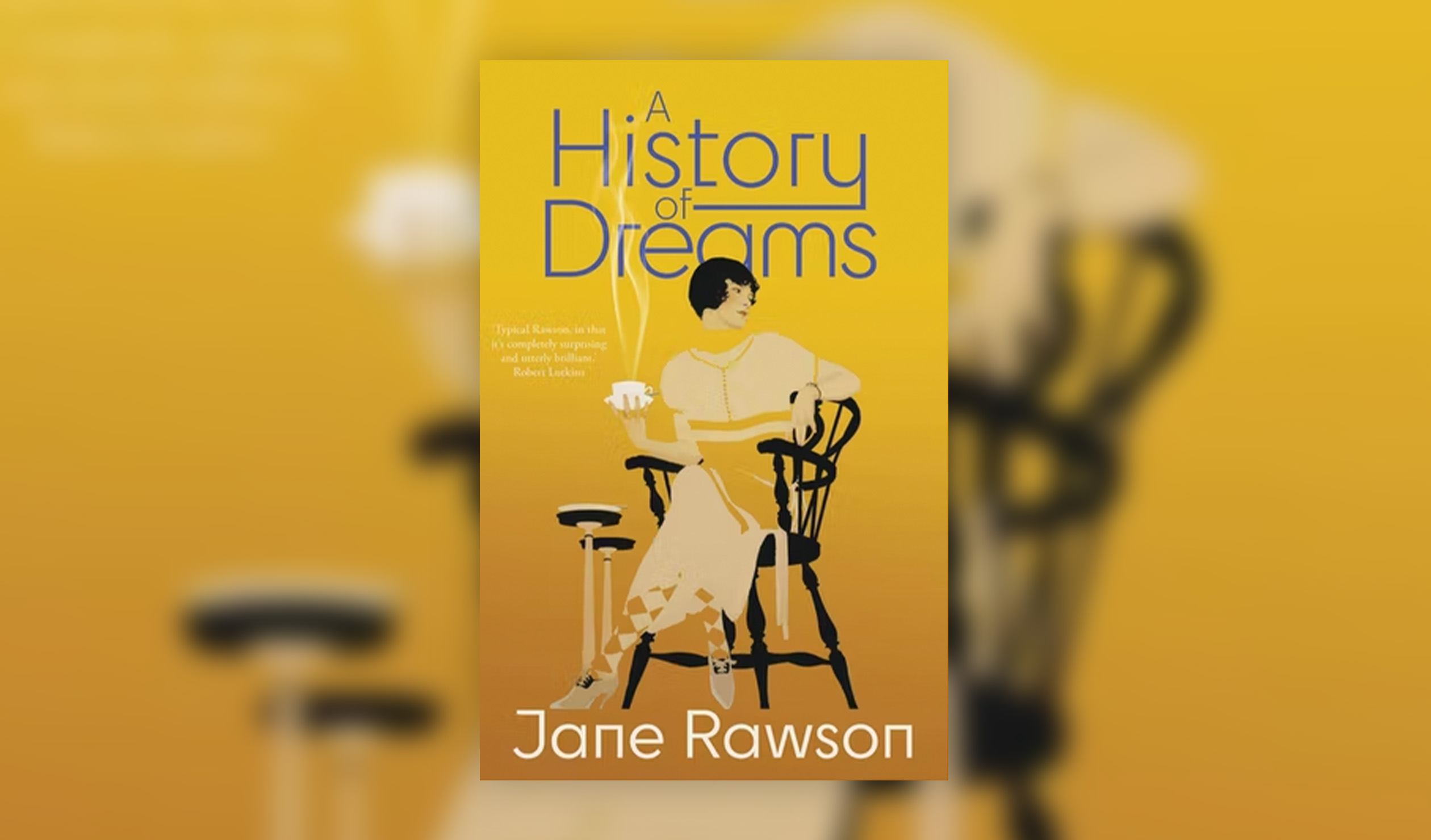 The third novel by Jane Rawson (best known for the award-winning 2007 novel From the wreckage), A story of dreams takes place in Adelaide at the dawn of the Second World War. Our heroines meet men spouting misogynistic and nationalist rhetoric in a poetry salon, one of the men later elected to government. Historical fiction is rapidly becoming a feminist dystopia; it’s an alternate history that explores what would have happened if Australia had fallen to fascism.

The gang is led by the feisty Audrey, a communist whose aunt taught her how to concoct dreams and insert them into minds using drinkable potions. As the years pass and the government grows more authoritarian, Semaphore Supper Club’s sunny Champagne nights shift from discussions of workplace organization to planning for resistance and sabotage.

Although set in the late 1930s, the subject matter of this book buzzes with contemporary concerns; when the law prohibits women from working, Phyllis happily binds her breasts and dresses as a man (“Phil”) to get a job; Esther starts a queer family and Margaret lives with dear friends as they recover from trauma.

A story of dreams is inspired by “We Were Going to be Different”, an oral history of a group of South Australian women called the Kosmopolitan Klub which was written by Rawson’s mother, Anne Rawson. Rawson’s grandmother, Nancy Bradley/Hirst, was part of the collective that traveled together, had tennis games, and swore never to get married (although most of the band members broke that rule).

Local readers will appreciate recognizing places such as Grote Street, Mile End and the Outer Harbor train line. But as the plot pushes deeper into speculative fiction, it’s the retraction of women’s rights, the nation’s ideology and violent xenophobia that seem a bit close to home, not just the Adelaide setting. of the book.

Rawson took the character of the witch – a woman historically opposed to patriarchal state power and a deviant character uninterested in the pitfalls of heteronormativity – and united her with ideals of collective action to the common good. Thus, this secular archetype of female rebellion is renewed, as a symbol of resistance to all forms of oppression.

A History of Dreams, by Jane Rawson, is published by Brio Books.

Louise Omer writes about women and religion. His first book, Holy Woman: a divine adventure, will be released by Scribe Publications in July this year.

Increase your impact by doubling your donations

When you pledge to make a regular weekly, bi-weekly or monthly tax-deductible donation to InReview, each scheduled donation will be matched by Creative Partnerships Australia. That means you’re supporting twice as many InReview stories to order, edit, and publish.

This article is supported by the Judith Neilson Institute for Journalism and Ideas.