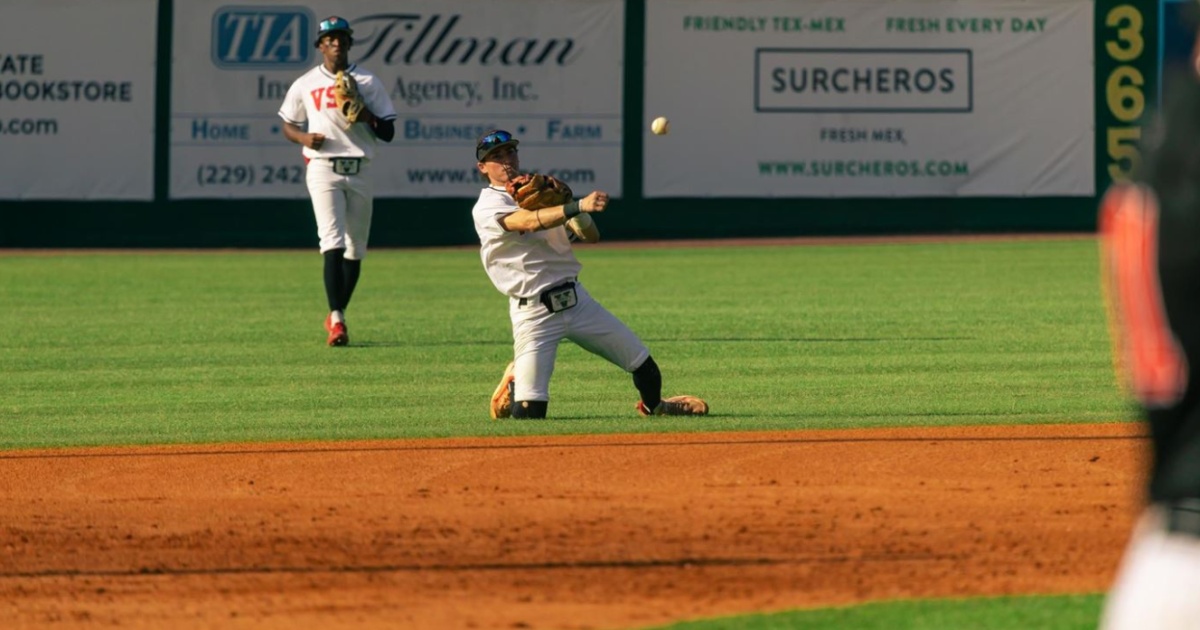 PENSACOLA, Fla. (vstateblazers.com) – The Valdosta State baseball team split their doubleheader Saturday with West Florida to win the series 2-1. The Argos won Game 1 11-0, but the Blazers fought back for an 11-0 victory in the nightcap.

The Argos went first in the first set with a run and added another in the third for a 2-0 score.

The Blazers left runners on base in every inning but the fifth, but still failed to get any runs at home plate.

The Argos had a huge fifth inning adding seven more runs and scoring two more in the sixth. UWF won 11-0 in seven innings.

Valdosta State had five hits and four free passes. Leading the attack Blazer was junior ryan romano and senior red shirt Luc Ard. Romano went 2-3 and Ard went 2-2 with a free pass. The only other success for the Blazers was recorded by junior Jose Crisostomo Bock.

Starting on the mound for the Blazers was junior Kevin Tomas. Tomas pitched 4.2 innings and recorded four strikeouts and allowed seven hits, eight earned runs and walked three. Tomas recorded the defeat of the Blazers (2-1). Also pitching for Valdosta State was a junior Mason Sharp and second Scott Curran.

Valdosta State entered the first inning with a run in the second and had a huge third inning as they totaled six runs in the frame. Senior Jisjar Clotida hit a grand slam down the right field line and scored junior EJ Doskow, Bock and Romano. Second year Jacob Harper and junior David Crawford also scored for the Blazers for a 7-0 lead.

Valdosta State’s defense held off the Argos for the rest of the game as the Blazer offense added four more points in the sixth.

Doskow and Clotida scored with a single to center field by Harper as he and Crawford were led by a freshman single Ryan Villaman to bring the score to 11-0.

Crawford led the Blazer offense with a 4-4 record with a brace and three runs scored. Doskow followed 2-3 and Clotida 2-5. Doskow recorded two runs scored and two walks while Clotida had four RBIs, a double, a home run and two runs scored.

On the mound for the Blazers was junior brandon raiden pitching all seven innings and recording the win (6-1) and his first shutout of the season. Raiden had seven strikeouts and allowed two hits and a pass.

The Blazers are back in action to wrap up the regular season with a midweek game against Flagler College on Wednesday, April 27 at 6 p.m. at Billy Grant Field in Tommy Thomas Park.