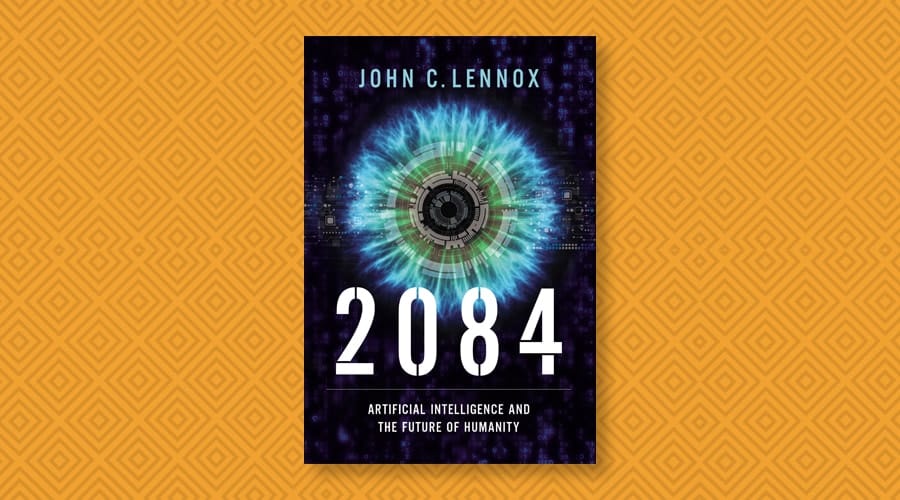 Artificial Intelligence and the Future of Humanity by John C. Lennox

Book Review – 2084: Artificial Intelligence and the Future of Mankind by John C. Lennox

The answers to some of the most critical questions about AI, humanity and religion are answered in 2084 through John C. Lennox.

Where have we come from and where will we go are some of the most relevant questions of the day? The effects of the increased incorporation of AI into our lives, the security of our homes, our political and personal freedoms, and the future of all of our species are still highly uncertain. In 2084, scientist and philosopher John Lennox presents readers with an ocean of ideas that revolve around key developments in technological advancements, bioengineering and in particular artificial intelligence. In this book, readers will explore the current possibilities of AI, its pros and cons, facts and fiction, and potential future implications.

John Lennox is a talented professor of mathematics at the University of Oxford who often ventures to the intersection of religion, humanity and technology. It delves into the role of religion in the advancement of modern technology and mankind. As the title suggests, it took inspiration from George Orwell’s famous 1984 novel, which reflects a dystopian picture of society’s use of AI.

Throughout the book, he interacts with three leading bestsellers. The first two are by Yuval Noah Harari-Sapiens: A Brief History of Humanity and Homo Deus: A Brief History of Tomorrow. The third book is Origin by Dan Brown. All three books speculate on the use of AI in the future.

AI is widely discussed and poorly understood, but in this book Lennox focuses on the vision of general artificial intelligence (AGI) that expects humans to build a super-intelligent machine that expects that humans simulate intelligence equal to or greater than that of humans. In the final chapters of the book, the author attempts to provide a biblical perspective on this subject. He claims that machines and humans are different in many ways, and he will remain so.

The questions and threats posed by AI are open to everyone. This book is written to challenge all readers regardless of their take on religion and technology. 2084 defines the Christian worldview if properly understood, can provide several pieces of evidence and credible answers that will rekindle hope for a better humanity. It’s a perfect article for readers who want to explore the possibilities of religion and humanity in the future, beyond AI implementations.

More info about the author