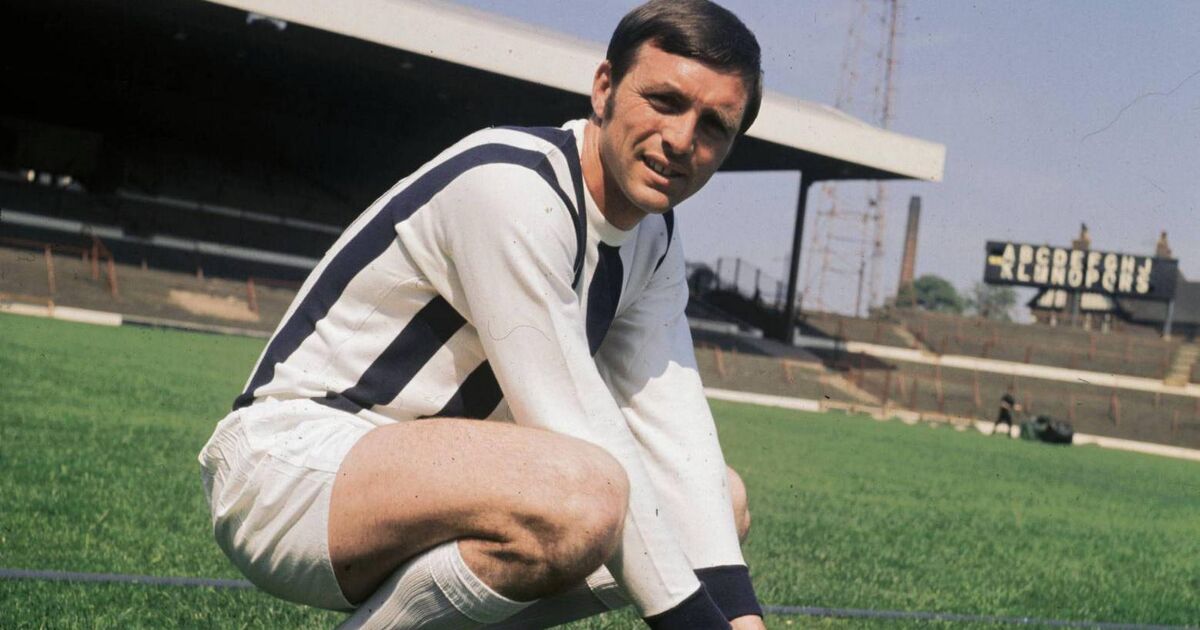 A look at sports-related concussion and its consequences

A Delicate Game is an ambitious and powerful piece of investigative journalism. The subject is CTE – chronic traumatic encephalopathy – a neurodegenerative disease.

Symptoms include behavior problems, mood issues, and cognitive difficulties. It tends to get worse over time and can lead to dementia. It is most commonly found in athletes, the military, and victims of domestic violence.

More than anything, Walker-Brown seeks to explore the effect of CTE on the lives of victims. There are a lot of powerful interviews here – “they talk and I listen”. From the beginning, the author sets out his manifesto with passion and commitment. She’s not naive enough to expect a happy ending, but she’s determined to make a difference.

A tricky game is a tricky book; nuanced, thoughtful, reflective and fair. Investigating CTE, Walker-Brown clearly has a gargantuan task on his hands.

His writing is political in the best sense of the word, writing of protest, a clarion call of great conviction and urgency. His study burns with justified anger. Throughout though, she remains calm and judicious. She never loses control, never fumes.

Aware of the importance of the subject, she is prepared, meticulous, patient and persevering. It’s a harrowing and heartbreaking read that’s also uplifting, an eloquent testament to the power of action, of action, of determination. It is an exemplary example of investigative journalism – thorough and incisive. While exposing the brutality of sport, he is also aware of its beauty. If the title weren’t already so famous, this study could so well be called “An Inconvenient Truth”.

It is also admittedly a difficult book, laden with facts and statistics. There is a complex scientific discussion. The reader will need concentration, perseverance and a little empathy.

Emotionally, it can be difficult to navigate. When Walker-Brown tells people’s stories, the text comes to life and flows with purpose and verve.

The first story she tells is that of famous West Bromwich Albion footballer, Jeff Astle. He is best known for his exceptional heading ability. At 54, he was diagnosed with dementia and early onset Alzheimer’s disease. Less than five years later, he died of suffocation at his daughter’s house. The coroner ultimately returned a verdict of death by occupational disease.

Astle’s type of dementia was completely compatible with heading the ball. It was the first decision of its kind, a historic decision. It felt like a breakthrough, a triumph. Astle’s widow and daughter were treated poorly, however.

A study they had been promised was yet to appear a decade later. There was heel dragging – a litany of excuses and evasions. Walker-Brown astutely observes that “while sports heroes are cherished and adored, they are never truly protected…like those in power.”

The controlled anger of the book is particularly effective here. She insists that sports institutions are more valued than individuals.

Perhaps the most heartbreaking part of the book is the story of Benjamin Robinson, a 14-year-old schoolboy from Northern Ireland who died of an injury during a school rugby match in 2011 .

Walker-Brown writes here with great sensitivity. She presents rugby as a game “relentless by nature” in which “pain is normalized”.

This section deals with the unnecessary death of a child. Benjamin was checked twice for a concussion during the game but was returned to the field both times.

In powerful and evocative prose, Walker-Brown describes the aftermath of her death. Incredibly talking about it, the school principal cheerfully said “just to remind you that we won the game that day”.

This gross insensitivity is by no means an unusual response. Benjamin’s mother, Karen, fought on his behalf. The response she got was typical of the reaction of sports bodies to the ETC.

IRFU essentially behaved as if any uncomfortable questions were an attack on the sport itself. The federation then issued a statement stressing that “injuries of this nature are very unusual in rugby”.

This lazy and evasive answer is not supported by statistics. Karen’s argument – ​​that her son’s death could and should have been avoided – is eminently correct.

Karen is one of many heroic figures in this tale – whether parents, scientists, activists or writers.

Faced with widespread opposition from sports bodies, they are essential. Walker-Brown herself becomes completely immersed and emotionally involved in a very positive way.

She forms a bond with Jeff Astle’s daughter, Dawn, and his widow Laraine. The Astles’ dedication to the memory and plight of Jeff is absolute and admirable. Similar love and loyalty is shown by Benjamin Robinson’s parents.

Dr. Bennett Omalu has been extremely effective in the fight against the NFL. This organization’s response to the pointing of the finger of blame was typical.

The tone is generally self-satisfied, basically “we’re doing everything we can”. The priority is to be seen doing something and avoid litigation. Inconvenient truths need to be glossed over, often in warm, bluffing rhetoric. It’s a culture of “get up and carry on…stop complaining”.

The problem for people who try to challenge sports bodies is that they are often seen as challenging the sport itself.

Jeff Astle has been acclaimed for his ability to head the ball in the same way as, say, Cristiano Ronaldo is today.

Predictably, the scientific studies on the dangers of running the ball weren’t well received by fans. The negative responses inevitably caused ETC pundits to become disillusioned with the sports they once loved.

Walker-Brown exposes the machismo at the heart of many of the CTE’s denials, the eagerness to dismiss studies as part of a “woke” agenda.

The comparison between sport and war is relevant here. Walker-Brown quotes George Orwell in the epigraph of the third chapter “International football is the continuation of war by other means”. The story of CTE is the story of a different kind of war – a long war of attrition dominated by financial concerns.

As the subtitle suggests though, what lingers are the stories of sacrifice. It cannot be overemphasized how fiercely committed the author herself is. Although she realizes the unlikelihood of a happy and definitive ending here, she is fully aware that it was not all for nothing. She acknowledges that “this story has no end yet or any form of resolution”.

There’s an ironic sense of “if only” here, but she doesn’t dwell on it. A few warnings were heard, but many were ignored.

Inevitably, therefore, the book ends on this note of irresolution. She can’t offer “a neat little bow.”

His last sentence is haunting. It’s an unanswered, but still pressing question: “The bigger question remains: how many more players are we willing to sacrifice, and for what?”