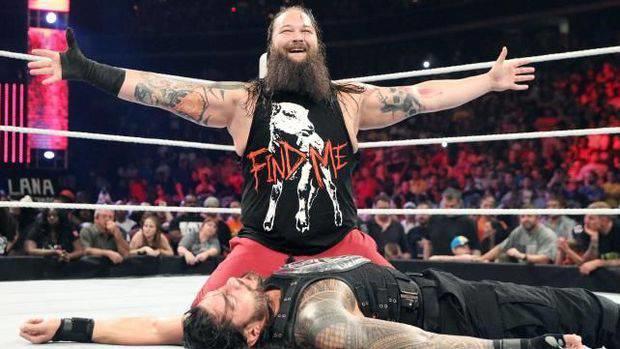 Today Windham, formerly Bray Wyatt of WWE, is officially a free agent, and he’s already teasing that he’ll be splitting his time in WWE soon. The matter came up because of a report from Ringside News, which said they spoke to a WWE source who had not-so-nice things to say about Windham and his time with the company and that he deserved to be released. Windham took to social media to resolve this issue and called two people from WWE whose opinions seemed to emanate, who you can see below.

Windham initially responded to the Twitter post with a GIF of The Rock rolling his eyes, but he wasn’t finished. He then answered again, calling out two familiar names. Windham wrote “Now that we have Johnny and Bruce’s opinion I would like to share mine soon. #KultofWindham”

Now, those names should be familiar to WWE fans, as Windham refers to Talent General Manager John Laurinaitis and SmackDown and Raw Executive Director Bruce Prichard. It seems Windham thinks it came straight from them or at least echoed their feelings, and he seems to be teasing that he will soon be sharing his own details about what happened and his time with WWE.

This is easily one of the most anticipated interviews over the next few months, as it was truly a shock to the man when WWE released Windham. His character as Fiend was still quite finished despite some poor booking decisions, and he was one of WWE’s most creative and out-of-the-box talents.

The last time Wyatt was on WWE TV was WrestleMania, where he was fucked by Bliss and her emerging powers during a match with Randy Orton. Many expected him to come back the next pay-per-view or in a few months, but that never happened. Instead, he was released and he is now ready to begin a new journey. As to where he will begin this journey, we don’t know yet, but all eyes are on Impact Wrestling and AEW as those are the most likely destinations.

Where do you want to see Windham? Let us know in the comments or as always you can talk about whatever is happening with me on Twitter @MattAguilarCB!